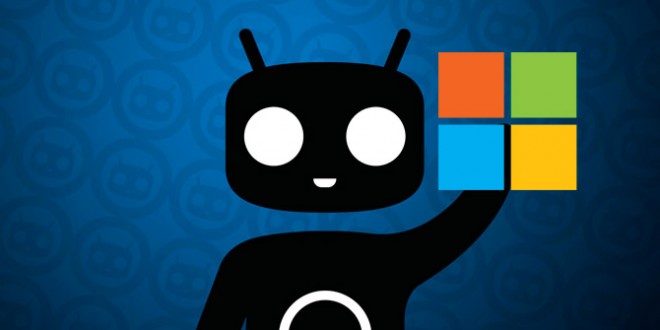 Cyanogen and Microsoft are teaming up against Google?

Cyanogen stated that Android should be free from Google and become a completely open OS that people could truly take advantage of. Regardless of how your or me feel about that statement, it has caught the attention of one of the biggest companies on the planet: Microsoft. In a new Wall Street Journal report, it is unveiled that Microsoft seems to have been impressed by the boldness of Cyanogen and decided that it would invest in the start-up company.

Microsoft and Cyanogen teaming up to create something new might be a pretty big threat to Google and Android, especially as the number of Android users compared to those of iOS users has plummeted in the past quarter year. According to WSJ, Cyanogen is building its own version of an open OS to counter Google’s Android and Microsoft wants to fund this project by throwing about $70 million at the start-up company.

Microsoft doesn’t seem to be alone in this endeavor, as other investors are also gaining interest in Cyanogen and its cause: outdoing Android with something new. These other investors aren’t named so we don’t know who wants to bring Android down, aside from Microsoft. Cyanogen seems to be on the right track with its plans, as the company said that it already has thousands of developers working on CyanogenMod and another new proprietary OS.

Even though Microsoft already has its mobile operating system, partnering up with Cyanogen might make it easier for the company to distribute its software solutions outside of Android and Windows Phone. As CyanogenMod is the current trend when it comes to custom ROMs, the company actually has a chance at taking on Google’s OS, especially with the massive funding and help coming from Microsoft and Satya Nadella. Neither Cyanogen nor Microsoft have commented on this report, as WSJ says the information is coming from persons close to the matter and both companies. Even though the publication is a reliable source, we wouldn’t go as far as saying that they are capable of predicting the future. We are looking forward to hearing from the companies involved to see whether the implication of Microsoft in Cyanogen business is indeed real, or just made up.

My life-long dream has been to test out every gadget on the market! Considering the fact that I've rapidly destroyed almost every gadget I've had so far, I'm not inclined to owning something, so my ideal outcome would be to have a different gadget each month. I'm really into smartphones, wearables and tablets and I love Playstation and Xbox, I'm sure I'll beat you at your own game (after a month of training... or two)
Previous OnePlus OxygenOS is the new custom ROM, but the winner is dubious
Next Great Firewall of China getting even taller