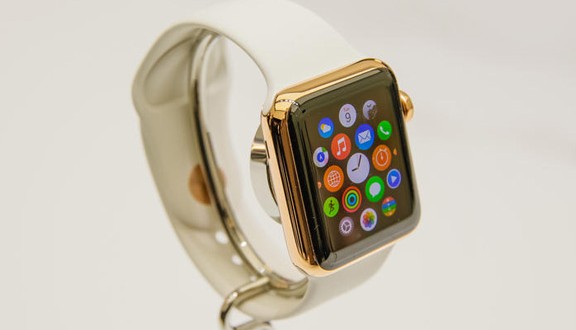 Apple stores will market the Apple Watch as jewelry

The Apple watch is being prepped for an April launch and word has it that Apple stores will become jewelry stores to celebrate the launch of the new luxury smart watch. Apple stores entered their transition in January, prepping themselves to sell the Apple Watch. If you’re wondering why Apple stores are making such a big deal out of the new launch, you should know that they will be selling gold watches that will go up to thousands of dollars in value. Seems fit after reading that, doesn’t it?

Apple stores have begun receiving high-security safes in which to store the new Apple Watch, so it’s clear that they mean business in the jewelry market I suppose. These safes are put into the backs of Apple stores and will serve as storage for inventory of the expensive wearable. If Apple needs to have safes in their stores to store the watch, it must mean the company is expecting to have high demand for the new watch.

The added layer of security proves that the Cupertino-based company is seriously thinking about marketing the Apple Watch more as a piece of jewelry, rather than a piece of technology. It demonstrates the tendency of companies to create gadgets that aim to impress with their style, as well as premium materials. Apple technology is now being marketed as fashion and jewelry, but we are wondering how well this will sit with customers. Now Apple stores will also be outfitted with jewelry scales, so that customers can verify that Apple Watches have enough gold in them before and after sale (in case somebody wants to replace it after buying).

The Apple Watch price will go up to around $5000, depending on how much gold you are going to get in the build of the Apple Watch. If you’re a jewelry fan and an Apple fan at the same time, Apple stores are getting ready for you and all the money you’re going to throw at their new watch. Even though the Apple Watch isn’t even launched yet, the hype around it is immense, although we’re not getting the same enthusiasm out of fans as we did prior to the iPhone 6 launch. That’s probably because there are few out there who would spend that much money on a wearable they can’t use without having a compatible iPhone in their pockets at the same time.

My life-long dream has been to test out every gadget on the market! Considering the fact that I've rapidly destroyed almost every gadget I've had so far, I'm not inclined to owning something, so my ideal outcome would be to have a different gadget each month. I'm really into smartphones, wearables and tablets and I love Playstation and Xbox, I'm sure I'll beat you at your own game (after a month of training... or two)
Previous Steve Jobs movie will feature Fassbender and Rogen as leads
Next Raspberry Pi 2 Model B lets you get Windows 10 for free