Breaking News
Home » Tech » Get an iPhone, iPad and unlimited data plan for $100 a month 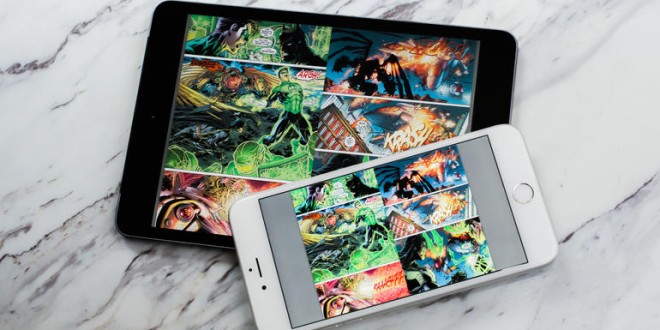 Get an iPhone, iPad and unlimited data plan for $100 a month

An unlimited data plan goes well with a tablet and a phone, doesn’t it? Sprint has just the offer for you if you’re a technology enthusiasts and use a lot of data on a daily basis: an iPhone, an iPad and an unlimited data plan for $100 a month. If you’re not a fan of binding contracts, this offer is definitely not for you, so there’s nothing to see here for you. But, if your budget is sort of tight and you really want to get a complete package in one shot, the unlimited data plan offer might be interesting to you.

Sprint has updated its iPhone for Life plan so that you can get the most out of it. For $100 a month, you get an iPhone 6 of your choice (choosing the more expensive ones will bring up the cost a bit, as you will be leasing them), an iPad Mini 3 and an unlimited data plan with unlimited calls, texts and internet on the iPhone and 2 GB data on the iPad Mini 3. The downside of the offer is that you will be leasing these devices for two years, but if you’ve got a careful personality, that shouldn’t be that much of an issue.

After the two year contract expires, you may renew the plan and get the latest and greatest iOS devices, hopefully the iPhone 7 and the iPad Pro. The iPhone 7 and the iPad Pro should be launching later this year, so by the time your newly acquired contract expires, you’ll probably want to get the new devices with the same contract. If you do the math, you’;; find out that the unlimited data plan costs around $70 a month, while the iPad Mini would set you back another $47 if you lease it separately. That means that you save a few bucks by choosing to buy the unlimited data plan with the two devices in one bundle. Even though you save only $17 per month, that adds up to a lot per year, so it’s a good deal.

While people are starting to move away from binding contracts, this unlimited data plan from Sprint is an attempt from the carrier to get new customers as well as raise interest in good deals with carriers. We can’t say how much this will change the point of view of people on leasing and contracts, but it’s a shot. Since Apple products are pretty expensive, many fans out there won’t be able to afford to get them unlocked, off-contract, so their best option is to get some sort of data plan. Now this offer from Sprint is pretty neat and it is among the best ones you can get in the U.S.

My life-long dream has been to test out every gadget on the market! Considering the fact that I've rapidly destroyed almost every gadget I've had so far, I'm not inclined to owning something, so my ideal outcome would be to have a different gadget each month. I'm really into smartphones, wearables and tablets and I love Playstation and Xbox, I'm sure I'll beat you at your own game (after a month of training... or two)
Previous Major Updates Coming To Loadout On PS4. Story Mode, New Maps And More
Next Rise Of The Tomb Raider Details Revealed