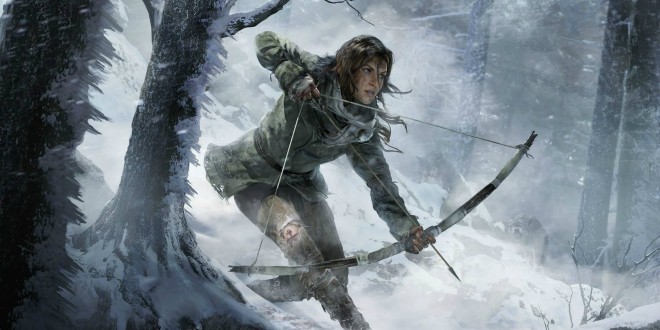 Rise of the Tomb Raider, the next entry in the Tomb Raider series, will be featured in Game Informer’s cover story for March 2015. As a result, a new description has surfaced that details the game’s setting and story. This sequel is set in the “frozen wilds” of Siberia and will feature familiar hunting and crafting mechanics.

“After the events on Yamatai, the young archeologist has grown into a capable adventure seeker, and Rise of the Tomb Raider will send Lara to the frozen wilds of Siberia on a hunt for the lost secrets of immortality. Now Lara will have to hunt and craft new survival gear in order to take on larger puzzle tombs and a deadly new enemy, a secret society that has been lying in the shadows since the last game.” – the game’s description from Game Informer

Crystal Dynamics, the game’s developer, will continue to focus on the elements of the game that made it interesting to play, however that doesn’t mean that there won’t be any changes. The developers are working on improving upon existing features and mechanics, instead of trying to do something radically different. This includes paying more attention to tombs. Raiding tombs will be featured far more prominently in Rise of the Tomb Raider.

“In her first adventure, Lara Croft was forged into a true survivor, but she glimpsed a deeper, secret world. In the next chapter of her journey, Lara must use her survival skills and wits, learn to trust new friends, and ultimately accept her destiny as the Tomb Raider. Featuring epic, high-octane action moments, Rise of the Tomb Raider will take gamers to multiple locations around the world filled with exploration spaces that are some of the most beautifully hostile places on earth. In addition, after hearing the cry from fans loud and clear, the game will put the tombs back into Tomb Raider, all in the franchise’s gritty Survival-Action style.” – the game’s description that was previously circulated

Tomb Raider was a reboot of the series that was released in 2013. Lara Croft is a well-known video game character, however her portrayal in this title was radically different from past games in the series. Players met a young and very scared Lara in that game. After a shipwreck leaves her stranded on an island, she survived against all odds in this action-packed adventure. The next entry in the series will not feature a young archaeologist, but a capable adventure seeker. Rise of the Tomb Raider will be released in the 2015 holiday season as a timed Xbox exclusive.

I'm a gamer and a massive fan of anime. I'm a massive simulator geek. Who isn't? Simulators offer me the opportunity to experience something I wouldn't otherwise. Have you ever driven a train? I haven't, and I probably never will. However Train Simulator 2015 gives me the opportunity to experience what it might be like. I'm also a big train and space exploration geek.
@ivanmashkov
Previous Get an iPhone, iPad and unlimited data plan for $100 a month
Next HTC Desire 626 specs confirmed, coming to the MWC