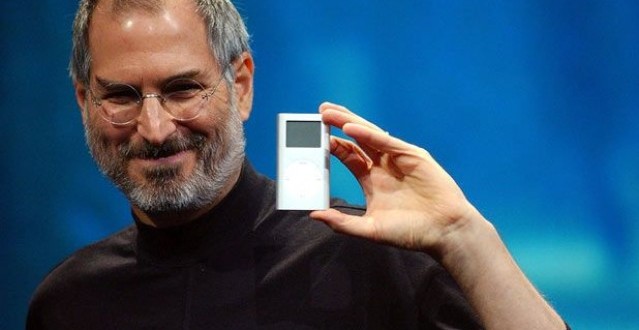 The Steve Jobs biopic, starring Michael Fassbender and Seth Rogen is one of the most anticipated movies of the year. Filming for Aaron Sorkin’s biography of one of the most influential people in the tech world started earlier this year and we finally have an official release date for the movie. Many were expecting the Steve Jobs movie release date for sometime in 2016, as filming just started, but it seems we’re looking forward to an earlier release. According to CNBC Now’s Twitter account, the official release date for Steve Jobs, confirmed by Universal Pictures, is set for October 9, 2015.

Even though the Steve Jobs project was scraped after actors like Christian Bale and Leo DiCaprio renounced to be part of the film, it seems the movie is back on track and it looks even more promising. Although Michael Fassbender doesn’t bear much resemblance to the former Apple CEO, Steve Jobs, we’re excited to see his performance. Seth Rogen will be playing Steve Wozniak, which is yet again, a surprising pick. The film itself will be structured in three keynotes, one for Mac, one for NeXT and the last one for the iPod.

Steve Jobs is directed by Danny Boyle and it is shaping up to be one of the most popular biographies of the year. The speedy release of the movie demonstrates that Universal Pictures wants the film out in time for Oscars. Even though there isn’t too much information out and about about the plot of the movie, we’re genuinely interested in its outcome. There are many Steve Jobs, Michael Fassbender and even Seth Rogen fans out there who are curious to see how the actors will match their real-life characters within the movie. As the picture is set to premiere on October 9, 2015, we could assume that a new Apple launch will also coincide with that date, or at least close to that date. The iPhone 7 is coming up and there are rumors about a new iPad in the future, too, so 2015 is definitely going to be a great year for Apple.

My life-long dream has been to test out every gadget on the market! Considering the fact that I've rapidly destroyed almost every gadget I've had so far, I'm not inclined to owning something, so my ideal outcome would be to have a different gadget each month. I'm really into smartphones, wearables and tablets and I love Playstation and Xbox, I'm sure I'll beat you at your own game (after a month of training... or two)
Previous HTC One M9 case reveals release date, phablet button placement
Next Katy Perry iOS game coming later this year