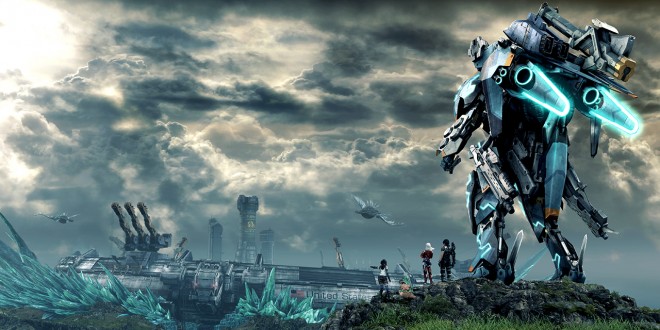 Monolith Soft has been trickling out information about the upcoming Xenoblade Chronicles X through their official website. The latest update gives a look at another character and some new concept art for the game. Reported by Siliconera, the character and art give some more insight into the story and world of Xenoblade Chronicles X. The character is Maurice, a former bureaucrat to the former United States Secretary of Defense before then becoming an assistant to the president himself. His previous positions gave him the leverage he needed to appoint himself as chief administrator commissioner of New Los Angeles. He is now the representative of mankind on Planet Mira. He seems a very official, very business-like older man as judging from his character design, and he’s certainly a bigwig.

The concept art, meanwhile, was created by Hideyuki Matsumoto who worked on weapon and New Los Angeles gadget design. Many of them are of different forms of ships while there are also some landscapes from the game. There is no current specific release date for Xenoblade Chronicles X in Japan beyond it coming out sometime in 2015. There is also no news about localization. More news on the game will be forthcoming tomorrow. Xenoblade Chronicles X Direct will be hosted by Nintendo on February 6 an 22:00 local time in Japan.

Check out the new character and concept art for the game below.

Emma is an aspiring something-or-other with a love for video games fostered since childhood. She is more prone to rage-quits than she would like to admit. In her spare time, she runs her own blog and writes creatively.
@back_Paq_ing
Previous Persona 5 Gameplay Revealed in New Trailer
Next First 3DS Langrisser Screenshots