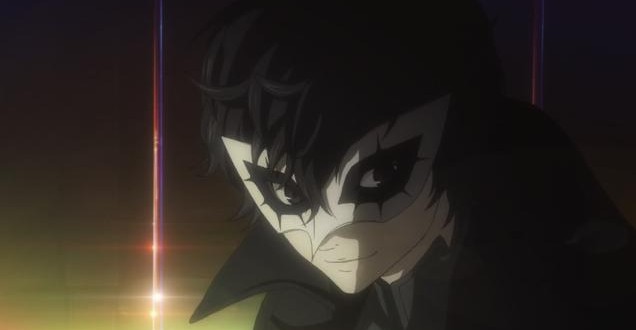 In their 30+ hour Persona live stream today, Atlus has revealed a new trailer that shows the first glimpse into Persona 5 gameplay. Not only that, but more details about the main characters and settings are revealed and there’s a short sample of the jazzy score played as well.

The Phantom from this morning’s mysterious advertisement opens the trailer as some kind of masked and costumed international thief or criminal. The text cut in translates as “What awaits is…glory?” and then “Or…ruin?” The trailer then takes us into the high school setting that’s typical of the Persona series. Other focuses were on the different characters (one of whom is a cat), some slick credit sequences, and, finally, some Persona 5 gameplay.

Siliconera reported on a statement from Katsura Hashino, producer and director for the Persona team, posted on Atlus’s official website. Hashino states that the team wants to fuses together a school setting with a romantic and exciting plot. The story centers around a group of high school students “that are being ‘chased’ by unexpected occurrences due to the justice they believe in.”

What’s most important about this new trailer is the glimpse into Persona 5 gameplay and mechanics. The menu screen is revealed first with a variety of standard options to pick from such as ‘items’ or ‘equip’. The characters’ names can also be seen in the Japanese and translate to Protagonist, Morgana, Ann Takamaki, and Ryuji Sakamoto. The school’s name can also be seen as Shujin Gakuen High School.

As for movement, the trailer showcases the masked character jumping from chandelier to chandelier. There is also the same character rushing between hiding places, hinting at some sort of cover system. There is no current release date and still some time left in the live stream, so maybe this won’t be the last glimpse into Persona 5 gameplay and other details. Check out the full new trailer below.

Emma is an aspiring something-or-other with a love for video games fostered since childhood. She is more prone to rage-quits than she would like to admit. In her spare time, she runs her own blog and writes creatively.
@back_Paq_ing
Previous New Trailer for Final Fantasy XV Demo
Next More Details for Xenoblade Chronicles X appear