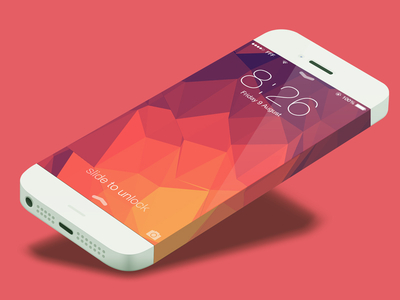 Would you buy the iPhone 7 if it looked like this?

The iPhone 7 is supposedly the next flagship from Apple coming later this year. Rumors about the iPhone 7 have surfaced for the first time just a few days after the iPhone 6 and the iPhone 6 Plus were launched in September 2014. It was surprising to see people already talking about the upcoming flagship even if the current flagship hadn’t even gone on sale yet. Still, where there’s smoke, there’s usually fire, which means that Apple and Tim Cook must be working on the iPhone 7, or at least thinking about it.

There have been many rumors about the iPhone 7 release date, but the most likely date when the phone should show up is September 2015. Some say an iPhone 6S variant will surface in the meantime, sometime in Summer according to various sources, but we’re not sure if Apple is going to launch two different phones this year. Our guess is that it will either be the iPhone 6S in the Summer, or the iPhone 7 in the Fall. We’ll just have to see if our assumptions are correct, and to what degree.

Some have gone as far as saying that the iPhone 6S will make an appearance alongside the Apple Watch, the wearable which is slated for an April launch date. That seems much too soon, since Apple has just begun raking in all the revenue gathered through the iPhone 6 and the larger iPhone 6 Plus. It’s rather unlikely for Apple to launch another iPhone after just 6 months of a previous smartphone launch. Alas, we cannot debunk these rumors, but we can’t confirm them either, only Apple can do that.

Some patents have surfaced online, filed by Apple for future technologies they might be using in upcoming releases. Mind you, the word “might” is key here, as patents don’t always become reality. Nonetheless, they are the best to base speculation on, so let’s see what these patents tell us about the future iPhone 7. A patent for “sidewall displays” has shown up in may 2014, depicting displays similar to what we’ve seen on the Galaxy Note Edge. That would mean that the iPhone 7 display might wrap around the edges of the phone, which would be a neat design element.

Another patent from last year talks about configurable buttons for electronic devices, which might just be a practical implementation of accident-free buttons. That means that the iPhone 7 buttons might come with touch sensors that can differentiate between skin and other materials so they don’t respond to accidental presses in your pocket or in your bag, or wherever else the iPhone 7 might end up. Apple could also implement a curved screen on the iPhone 7 or the iPhone 6S, similar to what we’ve seen on the LG G Flex models or the Galaxy Round. The iPhone 7 could also end up being flexible, which would be an absolute first in the industry.

Since patents don’t always end up being used in future products, we can’t say for sure if any of these ideas will be present in the iPhone 7, but there is a distinct possibility that they will. In terms of specs, the iPhone 7 will most likely sport a 5.5 inch display tops, with a higher resolution than seen on the iPhone 6 Plus. The Apple Ax9 chipset could be powering the handset, offering speedy performance and improved power management.

Many have complained about the small battery in the iPhone 6 Plus, and Apple might act on that notice, putting a bigger battery in the iPhone 7. We sure hope Apple reconsiders their usual tradition of sacrificing battery size in favor of a sleek, thin and light design, as users have expressed their preference for the better battery instead of the thin design. The phone’s construction will most likely include aerospace-grade aluminum or other high-durability materials, so that Bendgate never happens again.

The iPhone 7 needs to get more memory, so we are definitely expecting at least 2 or 3 GB RAM in the next Apple flagship. The cameras on the iPhone 6 and 6 Plus were pretty decent, but we wouldn’t mind a 13 MP iSight camera in the next phone, equipped with optical image stabilization. Maybe Apple can find a way to integrate optical zoom into the iPhone 7 without making the device too bulky, which would make the next flagship a niche device suitable for the average user, too. iOS 9 isn’t likely to come sooner than September or October 2015, but we do expect some updates for iOS 8 to resolve current problems. What do you think Apple will include in the iPhone 7?

My life-long dream has been to test out every gadget on the market! Considering the fact that I've rapidly destroyed almost every gadget I've had so far, I'm not inclined to owning something, so my ideal outcome would be to have a different gadget each month. I'm really into smartphones, wearables and tablets and I love Playstation and Xbox, I'm sure I'll beat you at your own game (after a month of training... or two)
Previous Windows 10 Phone coming from LG and Verizon
Next Monday is the day for T-Mobile HTC One M8 owners