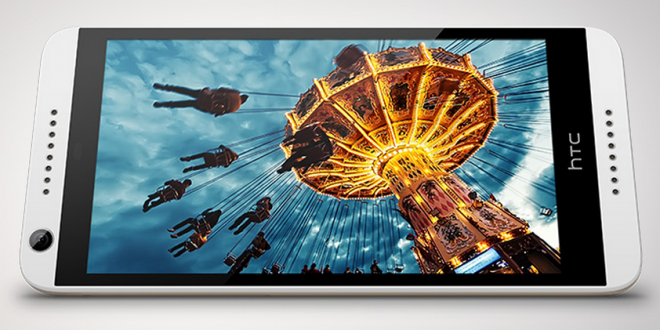 Will the HTC Desire 626 come to America?

The HTC Desire 626 was finally made official by the Taiwanese company, after various leaks have already confirmed its specs and design. The HTC Desire 626 is going to be a mid-range smartphone intended to compete against devices like the Moto G and from the Android One program. Since it is a mid-range smartphone, the handset’s price is pretty affordable compared to the competition, as it will cost $190 in Taiwan, where it was launched today.

The Taiwanese company has been steadily rising in both mid-range and flagship markets and categories all around the world, as revenue reports for last year point towards a steady increase in revenue and profits for the company. Since this Summer, HTC was worried about its smartphone division so it started revising their launch policy and smartphone offerings and has since been targeting the mid-range market heavily, as well as niche markets like selfie-enthusiasts and phablet-fans.

The HTC Desire 626 is a pretty  comprehensive mid-range smartphone with decent specs for a good price. The handset comes with a 5 inch display that has a 720*1280 resolution, which is crisp and bright. Specs of the HTC Desire 626 include a 64 bit Snapdragon 410 CPU, backed by 1 GB RAM and 16 GB internal storage, with a microSD card slot included in the build. The rear camera is a 13 MP sensor, while the front camera comes in at 5 MP , a very good setup for a mid-range smartphone. Besides these, the HTC Desire 626 comes with LTE, as well as a 2000 mAh battery and dual front facing speakers, which should mimic BoomSound speakers pretty well.

HTC hasn’t disclosed much about the availability of the HTC Desire 626, so we’re not sure if the release is just for the Asian market or if the company will expand availability to the U.S. and Europe in the future. Since the HTC Desire 626 offers great bang for buck, we honestly hope the device will make it across shores and land in America, as we think many would be interested in the offering.

My life-long dream has been to test out every gadget on the market! Considering the fact that I've rapidly destroyed almost every gadget I've had so far, I'm not inclined to owning something, so my ideal outcome would be to have a different gadget each month. I'm really into smartphones, wearables and tablets and I love Playstation and Xbox, I'm sure I'll beat you at your own game (after a month of training... or two)
Previous FlatFrog launches 8K UHD touchscreen, 100 inches in size
Next Ubuntu phone unboxing: bad design, but the OS is promising