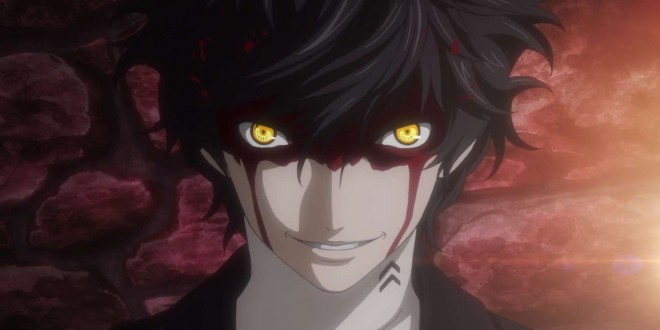 Following an extremely well-recieved gameplay trailer debut, Persona 5 has had some new details released through Famitsu. The translation for the new data on the protagonist, setting and game features comes from Siliconera. The protagonist of Persona 5 is a second-year high school transfer student who had moved to the city during the spring- around the time that the school year starts in Japan. He is being housed by friends of his parents in the coffee shop that they run. The game will start there in Shibuya, but will expand to other areas of Tokyo and urban Japan as well.

The protagonist also apparently has some non-specified problem that will cause him trouble down the line if he doesn’t deal with it. The part of the trailer where he’s imprisoned is apparently a metaphor for a “prison of the mind.” This had been displayed in previous trailers and images by the ball and chain. Apparently, the dungeon showcased in the trailer won’t be entirely randomly generated like previous installments. Certain places in the Persona 5 storyline are specifically designed to play up the burglary motif as well as possessing special gimmicks of some sort. This, of course, doesn’t mean that random generation is gone from the series entirely- it’s just not as much as before.

Another concern from the gameplay trailer was that there was no Social Link option in the Persona 5 menu. However, it appears that an option similar to Social Link is in the works for the game- perhaps that could be the Cooperation option listed in the menu.

The first exclusively usable Persona for the protagonist in Persona 5 will be called Arsène, which could be making a reference to famous phantom thief Arsène Lupin. In addition, the sound for summoning Personas is no longer “ka” (カッ) but instead “buchi” (ブチッ). In Japanese, “ka” is the onomatopoeia for a flash or clicking sound while “buchi” is more like a physical or mental snapping sound. Persona 5 is in development by Atlus and will be coming out on PlayStation 3 and PlayStation 3 sometime later this year.

Emma is an aspiring something-or-other with a love for video games fostered since childhood. She is more prone to rage-quits than she would like to admit. In her spare time, she runs her own blog and writes creatively.
@back_Paq_ing
Previous Details for Vergil’s Bloody Palace in DmC: Definitive Edition Released
Next First Speedrun of The Witness Takes Six Hours