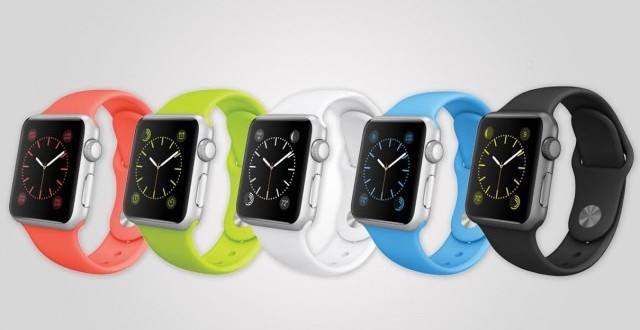 Tim Cook says the Apple Watch will change our lives

Tim Cook was a guest speaker at the Goldman Sachs Technology Conference yesterday, and as many of you would have guessed, he talked about the Apple Watch, among other things. The Apple Watch is currently the most anticipated Apple device, as it should be hitting store shelves in April 2015. The timepiece will be the first wearable device from Tim Cook and company and it seems the Apple CEO is thinking big for the Apple Watch.

Tim Cook emphasized how proud he is of the company for the past year’s accomplishments, as not only did the Apple Watch already create enough hype around it for it to be a success regardless of when or how it launches, but other branches of Apple have expanded a lot. Apple CEO mentioned HealthKit, HomeKit and CarPlay as the biggest advancements in software this year, as you will be able to use the first two in conjunction with the Apple Watch to get a comprehensive wearable experience.

We learned about the new partnership with First Solar, part of the effort to raise awareness about climate change and set a standard for companies for future engineering of factories, campuses and offices. The partnership will result in a massive solar farm in Monterey, California, which will stretch across 1300 acres of land and will provide renewable energy to Apple’s Campus 2 in the state, as well as all of the retail stores, and the data center Apple has in Newark. Tim Cook revealed that the investment in the new solar farm goes up as high as $850 million.

Then, the CEO of Apple who has recently come out of the closet with regard to his sexual orientation, proceeded to talk about the Apple Watch. We already knew the slightly arrogant tone of voice Tim Cook usually uses when it comes to the new wearable from the company, and the Goldman Sachs conference wasn’t a place to hold back. Tim Cook compared the launch of the Apple Watch with that of the iPod, saying that it will revolutionize the way we interact with technology in the way the iPod revolutionized the way in which we organize and listen to music, saying that MP3 players of the past “almost needed a Phd to be properly used”. A statement, which jokes aside, points towards a lot of arrogance. Philips and Sony have created MP3 players that were just as easy to use as the iPod and you certainly didn’t need a proprietary store to get your music from, not did you need a Phd in order to make the things work.

The Apple Watch, according to Tim Cook, will be a device that will change the way we live our lives. He said that users will be amazed at what the Apple Watch will be able to do, We’ve heard that one at the iPhone 6 launch event, too, yet people didn’t find the iPhone 6 or 6 Plus all that revolutionizing. He didn’t give out a lot of information about what the Apple Watch will be able to do that’s so special, but he did mention Siri. Tim Cook uses Siri all the time so that he doesn’t have to take the phone out of his pocket. He also mentioned fitness tracking done with the Apple Watch. Nothing new thus far, as you can do these things with most of the wearables out there.

According to him, smart watches nowadays aren’t memorable. He said that “there are several things that are called smart watches, but I’m not sure you could name any. There hasn’t been one that changed the way people live their lives.” I beg to differ, as both the Moto 360 and the LG G Watch R are popular enough for people to at least be able to name them. He’s probably right in saying that they haven’t changed the way we lived our lives, but they sure had some influence. If the Apple Watch wants to change the way we live our lives, it needs to be “self-sufficient”. Otherwise, you end up with the same old, same old smart watch Tim Cook says isn’t memorable. If you still need to use an iPhone with the Apple Watch, where’s that big revolutionary change? You will still rely on apps, tethering and the Apple ecosystem. You will still have to cough up a lot of money to buy both, because you can’t use the Apple Watch with non-Apple devices. So Tim, what’s so revolutionary about the Apple Watch? You advertise the Apple Watch as being something out of this world, but you don’t say why. We will have to wait and see at the Apple Watch launch event this Spring.

My life-long dream has been to test out every gadget on the market! Considering the fact that I've rapidly destroyed almost every gadget I've had so far, I'm not inclined to owning something, so my ideal outcome would be to have a different gadget each month. I'm really into smartphones, wearables and tablets and I love Playstation and Xbox, I'm sure I'll beat you at your own game (after a month of training... or two)
Previous Strength Of The Sword Ultimate Kickstarter Announced
Next HTC smart watch for Android and iOS, running on own OS