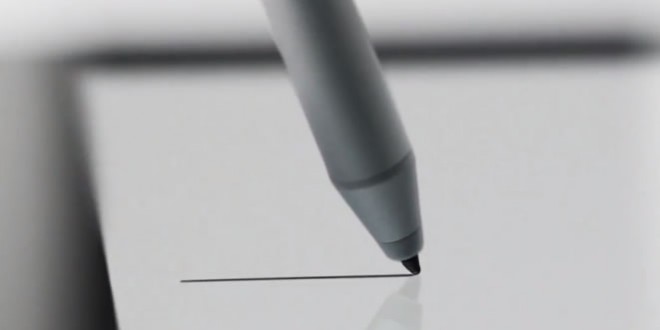 Microsoft is reportedly buying N-Trig, the firm which has made the critically acclaimed Surface Pens. The styli manufacturer is going to be integrated into Microsoft’s Israeli branch where they will be making up a new research and development center for the Redmond-giant. Reuters reports that Microsoft is going to pay around $200 million for the company and all of its 190 employees.

N-Trig has been a crucial member of the styli market, providing the Surface Pro 3 stylus for Microsoft, as well as being in partnerships with Lenovo, Sony, Fujitsu and Hewlett-Packard. The company was valued at $75 million last February, so the high price Microsoft is supposedly paying for N-Trig seems to reflect the massive growth of the Israeli company this year.

There haven’t been many details released about the acquisition, and neither Microsoft nor N-Trig have commented on the report. We are expecting to receive official word on the deal, and we’re curious about what N-Trig and Microsoft will be developing through the new research and development center. Since N-Trig is in the stylus business, we are expecting new accessories for the Surface Pro convertible line. Rumors about the new Surface Pro 4 have surfaced online in the past few weeks, most of them saying that the new convertible will be released in the Summer of the year, or in the Fall the latest.

The huge acquisition of Microsoft points towards more expansion on the part of the company and reflects positive light upon its development in the past year. Microsoft is one of the biggest software and hardware companies on the international market, so expanding into the styli business doesn’t come as a surprise. Still, until the two companies make the acquisition official, take this with a grain of salt.

My life-long dream has been to test out every gadget on the market! Considering the fact that I've rapidly destroyed almost every gadget I've had so far, I'm not inclined to owning something, so my ideal outcome would be to have a different gadget each month. I'm really into smartphones, wearables and tablets and I love Playstation and Xbox, I'm sure I'll beat you at your own game (after a month of training... or two)
Previous Windows 10 for phones coming on 1316
Next Microsoft Virtual Academy: the challenges of the future