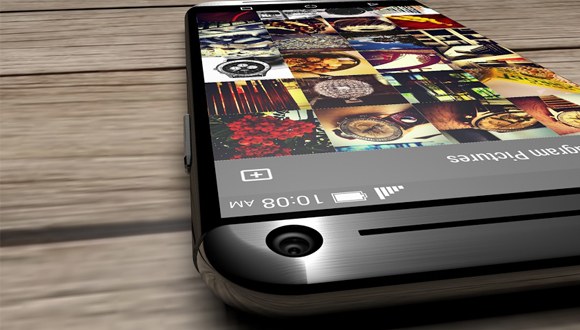 HTC has finally confirmed the HTC One M9

HTC lists the HTC One M9 while Upleaks confirms the specs

The HTC One M9 can now be considered as officially confirmed by HTC itself, as the company has tested the layout for the new smartphones page on their website with a listing for the HTC One M9. With the listing, the Taiwanese company has just provided us with the official name for the flagship, which will be HTC One M9, without any parenthesis or the Hima code-name attached. At the same time, the company revealed the motto for the new device, One Life.

HTC has taken down the listing since, but Mobiltelefon.ru managed to snag a screenshot of the HTC One M9 and its tagline. The Taiwanese company didn’t post an image for the upcoming flagship, which is disappointing, but at least we know they are prepping for the release, which is close. The company will unveil the HTC One M9 at the Mobile World Congress in Barcelona, Spain on March 2nd, so mark the date in your calendars.

Rumors say that the flagship won’t go up for sale until April 2015, which seems likely. With regards to HTC One M9 specs, famous leaker Upleaks has confirmed a lot of the properties of the flagship and has provided us with a list of accessories that will accompany the launch of the device next month. According to Upleaks, the HTC One M9 will get a 5 inch FHD display, 3 GB RAM, 32 or 64 GB internal storage, Android 5.0.2 Lollipop with Sense 7.0, a 20.7 MP rear camera with dual LED flash, 4 MP UltraPixel camera on the front, microSD card slot and a 2840 mAh battery.

The leakster also confirmed that the HTC One M9 will support VoLTE, LTE Cat 6, BoomSound speakers and Bluetooth 4.1. We did expect optical image stabilization to be featured on the rear camera, but Upleaks doesn’t mention that in their report. There is hope to see a vastly improved camera with OIS on the HTC One M9, so these specs should be taken with a grain of salt as we won’t know for sure until the HTC One M9 launch event in March. We can rejoice in the fact that HTC has confirmed the name and logo of the device, though.

My life-long dream has been to test out every gadget on the market! Considering the fact that I've rapidly destroyed almost every gadget I've had so far, I'm not inclined to owning something, so my ideal outcome would be to have a different gadget each month. I'm really into smartphones, wearables and tablets and I love Playstation and Xbox, I'm sure I'll beat you at your own game (after a month of training... or two)
Previous Windows Phone 8.1 getting second major update after MWC
Next LG Watch Urbane coming to the MWC and it looks amazing

Although Android 5.0.2 Lollipop is not the most recent installment of Google’s new mobile operating ...