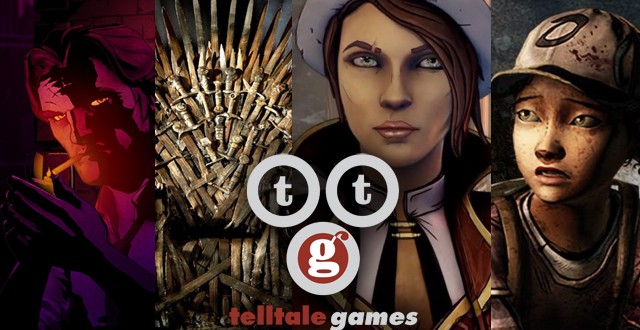 Lionsgate, the film studio behind popular teen film franchises The Hunger Games and Twilight as well as TV hits like Mad Men, as part of their “continued diversification of its content business and recent entry into the game space,” revealed that the company has made a significant financial investment into Telltale Games, best known for their episodic The Walking Dead and Game of Thrones video games. No dollar figure on the investment was provided in the announcement, but Lionsgate CEO Jon Feltheimer will be joining the Telltale Board of Directors as a result of this new partnership. The two companies will be collaborating on existing and original IPs in order to co-develop both new episodic games and new television series.

This partnership announcement comes on the heels of an EW exclusive interview with Telltale CEO Kevin Bruner where more details about Telltale’s first original IP were revealed. Telltale is planning a “Super Show” where the gap between episodic video games and television is closed. Bruner described a Super Show episode as combining “one part of interactive playable content with one part scripted television style content.” The two parts of the experience would be released as a package that can be watched/played in either order- if the user watches the show first, some elements of the game might be different and vice versa. This is similar to the idea behind Quantum Break- a game in development by Remedy Entertainment for Xbox One exclusively.

Bruner reiterated Telltale’s devotion to quality by stating that the goal of the Super Show would be to “create products that have a legitimate chance of winning both a Golden Globe and a Game of the Year.” Lionsgate and Telltale will presumably be working together to bring this idea to reality at a faster rate than Telltale alone would have been able to accomplish. The press release also made mention of Lionsgate’s interest in bringing more of their film and television brands into the game space. While the original IP is certainly exciting, some of Lionsgate’s properties would certainly offer a lot for Telltale to work with- The Hunger Games in the Telltale style anyone?

Either way, Telltale has a busy schedule for 2015 with more Game of Thrones and Borderlands tie-in content while a third season of The Walking Dead is expected later alongside a new story-based Minecraft spin-off. Any Lionsgate work would most likely follow after these projects.

Emma is an aspiring something-or-other with a love for video games fostered since childhood. She is more prone to rage-quits than she would like to admit. In her spare time, she runs her own blog and writes creatively.
@back_Paq_ing
Previous Google Now updated with disease cards for hypochondriacs
Next GTA V on PC delayed once again as a new update introduces Online Heists