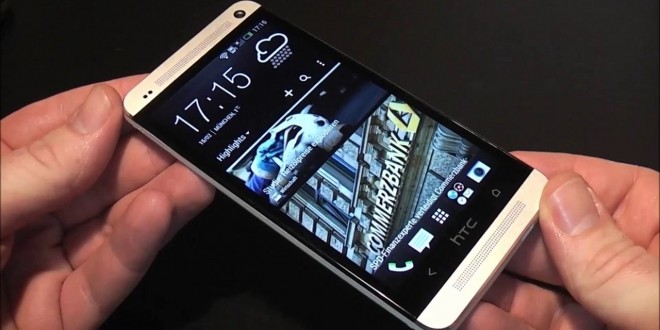 The HTC One M7 Lollipop update has a problem

HTC One M7 gets Android 5.0 Lollipop and a slow data speed

Many HTC One M7 users have been waiting fo a long time to see Android 5.0 Lollipop roll out to their device and time has finally come for that to happen. Europeans should check for updates on their phones today, as the news broke early this morning that carriers would start rolling out the fresh update. The HTC One M7 is the Taiwanese company’s flagship for 2013, so it’s a rather old handset compared to others. Still, the new software update seems to run great on the device.

HTC One M7 owners in the UK, Romania, Germany and even  Canada have started reporting that they were installing the update and that it’s working just fine. The download itself weighs in at about 800 MB, and brings forth a few minor tweaks to Sense 6.0, aside from the upgrades Android 5.0 Lollipop features. Some users have already started complaining about a few issues affecting their handsets after installing the OTA, so let us know if you’re having trouble with Lollipop.

Users in the UK are already reporting that the HTC One M7, while faster and snappier, tends to have a slower, more laggy data connection, which is odd. At the same time, there are people complaining about the UI not working properly, although that might be resolved by a simple reboot. The main problem seems to be the slow data connection, which sounds serious, so we’re hoping HTC will address this issue soon enough if enough people complain about it. Our HTC One M7 is running great and we haven’t noticed any lag when it comes to using mobile data, but maybe the update is impacting handsets differently.

In any case, we’re glad to see that the HTC One M7 is finally receiving Android 5.0 Lollipop on a larger scale. As the launch of the HTC One M9 is coming up, the Taiwanese company should prep the eligible handsets, because alongside the new flagship, Sense 7.0 is also rumored to be launched. While we don’t know if the Sense 7.0 rollout to flagships of 2013 and 2014 will correspond with the HTC One M9 launch date, we sure hope it does as the company promised major improvements with the new UI.

My life-long dream has been to test out every gadget on the market! Considering the fact that I've rapidly destroyed almost every gadget I've had so far, I'm not inclined to owning something, so my ideal outcome would be to have a different gadget each month. I'm really into smartphones, wearables and tablets and I love Playstation and Xbox, I'm sure I'll beat you at your own game (after a month of training... or two)
Previous Cities: Skylines Dev Diary Share’s Vision on Modding
Next Apple Watch will be water-resistant, after all