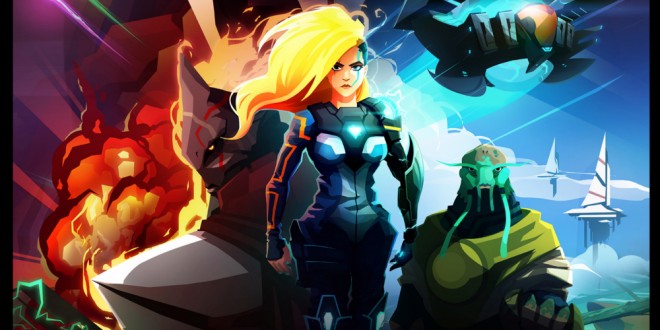 The resurrected Sierra Entertainment will be bringing Velocity 2X to PC and Xbox One this summer, with their own exclusive content to boot.

Sierra Will Publish Velocity 2X on PC / Xbox One This Summer

The recently resurrected Sierra Entertainment has announced in a press release today that it’ll be teaming up with Velocity 2X developer, FutureLab, to bring the critically acclaimed shooter to Xbox One and PC this summer. Details on a specific launch date weren’t mentioned, however. These two different ports of the game will even come included with their own exclusive piece of content, and will be packaged with all the bonus stages from the Critical Urgency and Dual Core DLC packs (which were originally launched on PlayStation).

The press release touts Velocity 2X as featuring “fast action and tight controls.” The game is described to offer top-down vertical shooting and side-scrolling platforming, which are both delivered in a balanced combination of the two. Players don the boots of ace pilot Lieutenant Kai Tana, who can use a “teledash” ability to pass through danger and objects at the speed of light. She can use this ability both on foot and whilst in her Quarp Jet, and can be wielded in tandem with various other abilities to crush enemies and rescue innocent survivors alike.

Exclusive to the Xbox One and PC ports of Velocity 2X will be special daily challenge stages, which are said to make the game’s leaderboard “even more compelling for competitive speedrunners.” Velocity 2X for those two platforms is also boasted to feature over 50 stages of “twitch-trigger adventure,” such as puzzle levels and boss battles – all to an “energetic audio-visual design.”

Velocity 2X is the sequel to the critically acclaimed Velocity Ultra, which in itself is a high-definition re-release of the original Velocity. The first game released back in May, 2012 on PlayStation Minis – a platform mainly dedicated to PlayStation Portable titles. Velocity Ultra released for PlayStation Vita a year later. As well as Windows, Velocity 2X will be developed for Mac and Linux as well. Further information on the game can be found via its official website.

Preferring to be referred to as "KingSongbird", Kieran is a serious, yet laid-back person with a particular soft spot for RTS games and anything Sci-Fi.
@KingSongbird
Previous Compulsion Releases Teaser for New Project We Happy Few
Next Techland Releases Interactive Dying Light Mini-story 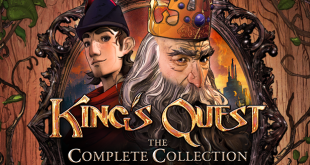 PlayStation Plus members get access to six free games this September

Sony revealed the free games available to PlayStation Plus members in September and it looks ...