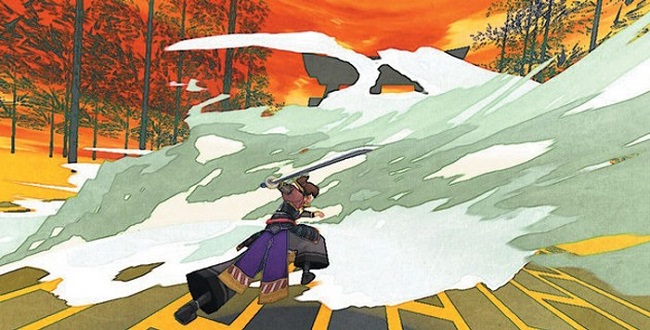 Oreshika: Tainted Bloodlines has been released on the PS Vita handheld console today. This title is set in the capital of ancient Japan, Kyoto. It tells a classic tale of revenge. Kyoto has been destroyed by a series of disasters. The Emperor fears that it may be cursed, so he calls upon a sorcerer for help. The sorcerer, Abe no Seimei, blames a single samurai clan for the disasters. They are sentenced to death for crimes they never committed, however the clan is resurrected by the gods. Tainted Bloodlines puts players in the shoes of the new leader of the clan in their quest for revenge. That quest is made ever more difficult due to two curses that affect all members of the clan. The first one limits the lifespan of every member of the clan to two years, whereas the second one prevent clan members from having children. This quest for revenge against Abe no Seimei will take generations, and the clan is ready to fight.

This sequel to a title for the original PlayStation gives every leader of the clan only two years before their death. As a result, players will have to plan for the future and ask for the gods’ help in order to create the next generation. Players are able to choose their samurai from eight different classes with unique strengths and weaknesses to form a four-person party. The party in typical JRPG fashion will explore the beautiful world of ancient Japan, however wonders won’t just be found outside of players’ home towns. Players are able to invest into their towns to receive heirloom items that can be passed down the generations. Oreshika: Tainted Bloodlines is available right now on the PS Vita for $19.99.

The PlayStation Vita has become a niche handheld console in the North American market, and this is reflected in the console’s game library. Recent releases predominantly feature indie titles and Japanese games. Few high-profile games have been released on the handheld, and fewer still have been announced for the coming year. The Vita is expected to remain a niche console, however it has seen some success in the past year with the introduction of the next iteration of the console and the release of the PS4’s Remote Play feature.

I'm a gamer and a massive fan of anime. I'm a massive simulator geek. Who isn't? Simulators offer me the opportunity to experience something I wouldn't otherwise. Have you ever driven a train? I haven't, and I probably never will. However Train Simulator 2015 gives me the opportunity to experience what it might be like. I'm also a big train and space exploration geek.
@ivanmashkov
Previous Metal Gear Solid V: The Phantom Pain Gets September Release Date
Next OnePlus Two release date might be set for April

Christmas is now over and New year is approaching fast. The last 12 months have ...