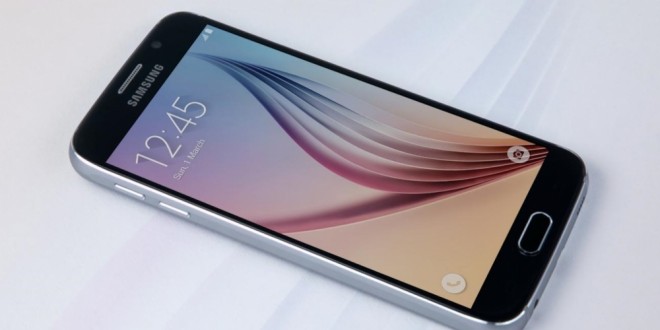 Will the Galaxy S6 Active land in May?

The Galaxy S6 from Samsung is a pretty big deal right now, but many are disconcerted by the fact that the new flagship is not waterproof, it doesn’t have a removable battery, nor a microSD card slot. These issues might be mended by the Galaxy S6 Active, the ruggedized version of the new flagship. According to a user agent profile, the Galaxy S6 Active is pretty much confirmed for this year, even if Samsung omitted talking about it at the MWC 2015 launch event on March 1st. Upleaks picked up the user agent profile first, which is no surprise to anyone anymore as the leakster has been around everywhere lately.

Although the Galaxy S6 is very appreciated for its design, upgraded RAM technology, super-fast processor, superior camera and wireless charging, die-hard Samsung fans think that the company shouldn’t have dropped the IP certification, the removable battery or the microSD card slot from the design of the handset. One of the best traits of last year’s Galaxy S5 was its waterproof certification, so the fact that the newest flagship from the company didn’t include that feature was pretty surprising, especially to fans relying on the technology on a day to day basis. Even if many say that waterproof smartphones are only niche products, equally many appreciate having the trait on their phones because you never know when it might come in handy.

The Galaxy S6 Active might mend those concerns and silence the critics, as the smartphone will definitely be water- and dustproof upon its launch. The design will most likely suffer for that IP67 certification, but users probably won’t mind, unless they get a flop like the Galaxy S5. Although Samsung hasn’t confirmed the rugged phone yet, the Galaxy S6 Active release date is more or less set for May 2015 according to our sources.

As the user agent showed up on the internet last night, people started hyping about what kind of improvements (or downgrades) Samsung will put into the Galaxy S6 Active. Even if waterproof certification is almost guaranteed, the appearance of a removable battery or a microSD card slot is rather unlikely. Since the hardware within the new phone is designed specifically for the updated internals, it would be risky to replace some of the parts in order to make room for a removable battery or a microSD card slot. To be fair, the Galaxy S6 battery is technically removable, although we wouldn’t recommend anyone trying it, because they will void their warranty and most likely destroy their phone and maybe even put their own well-being in danger.

Hopefully, the Galaxy S6 Active will be launched earlier than expected, although there’s no confirmation on the release date as of yet. AT&T will most likely be the carrier to pick up the new ruggedized Samsung flagship, so if there are some of you out there more interested in a waterproof version of the new flagship, they should keep an eye out at AT&T. From the user agent profile, one can deduce that the Galaxy S6 Active won’t be much different than the original model, having the same resolution, display size and features. Take this rumor with a grain of salt until we get confirmation from Samsung that the Galaxy S6 Active release date is indeed set for May. Until official word comes, we’re looking forward to a ruggedized version of the metal-clad Galaxy S6.

My life-long dream has been to test out every gadget on the market! Considering the fact that I've rapidly destroyed almost every gadget I've had so far, I'm not inclined to owning something, so my ideal outcome would be to have a different gadget each month. I'm really into smartphones, wearables and tablets and I love Playstation and Xbox, I'm sure I'll beat you at your own game (after a month of training... or two)
Previous Mortal Kombat X will be a Card-Battle Hybrid on iOS and Android
Next Q-bit Games Announces Holobunnies Kickstarter Campaign