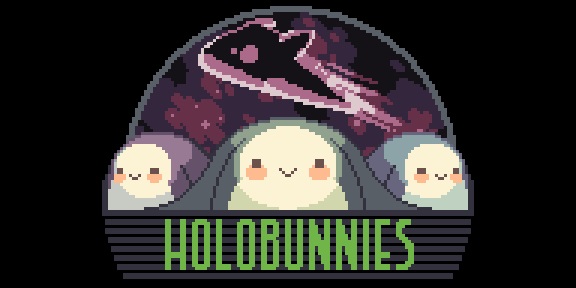 Q-bit games has announced the Kickstarter campaign for their first title, Holobunnies. This side-scrolling platformer will allow players to experience a unique world as one of the titular characters. These siblings are on a quest to find a new planet to call home after their first adventure. Players are able to experience this world as Danielle the witch, Leenox the hunter, Roméo the bard, Mephisto the ninja or Avril the catcher. These characters will have unique abilities and voices. Players will be able to go it alone or ask a friend to join them to explore new worlds, fight weird creatures, meet strange characters, upgrade their ship and discover a variety of collectibles. Holobunnies is expected to be released in early 2016 on PC, Mac and Linux.

Holobunnies’ developer, q-bit games, is a team of “two socially awkward dudes that love retro games and have a passion for making them.” The studio’s previous title was Machete, a tale of the siblings’ first adventure. In this game the characters went on a quest to retrieve the stolen eyes of the peaceful giant rabbit-like creatures. This title allows players to explore TEH CAVE with its bizarre creatures, secrets to discover and achievements to accomplish as one of the four siblings. The team was unable to include all of the desired features in the game. As a result, the duo decided to reboot it as Holobunnies.

Many Kickstarter campaigns fail, however that may not be the end for a project. The original campaign for Holobunnies failed to reach the intended funding goal. This didn’t discourage the duo at q-bit games. They have returned with a better pitch and lowered expectations. However that may not have been the studio’s only option. The rise of Kickstarter has also lead to the rise of a variety of new companies. These PR companies provide the necessary exposure and credibility for a percentage of the campaign’s total. As a result, more users become aware of a crowdfunding campaign. This improves the chances of reaching the set goals and increases the overall total.

I'm a gamer and a massive fan of anime. I'm a massive simulator geek. Who isn't? Simulators offer me the opportunity to experience something I wouldn't otherwise. Have you ever driven a train? I haven't, and I probably never will. However Train Simulator 2015 gives me the opportunity to experience what it might be like. I'm also a big train and space exploration geek.
@ivanmashkov
Previous Galaxy S6 Active release date pegged for May 2015
Next Tales from the Borderlands Episode 2 Trailer Released 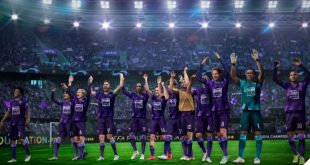