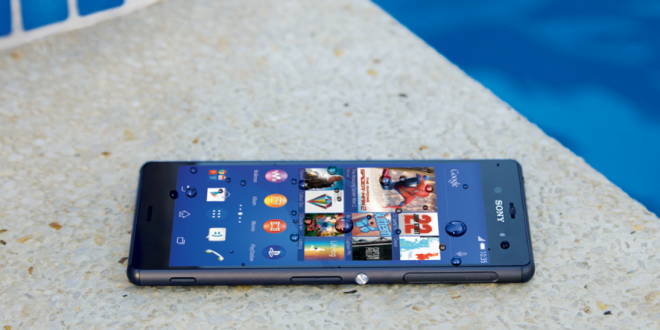 Sony has announced, through its Indonesia branch that a significant part of the Xperia line-up, including the Xperia Z3 and Xperia Z2 should be getting the Android 5.0 Lollipop OTA update starting Monday, March 16. It has been a long wait for Sony fans, and even though the Xperia Z3 is the flagship device for the year, the rollout of the newest software from Google has been delayed, compared to other companies like Motorola, LG and Samsung. Various niche blogs and the company itself has teased the release of Android 5.0 Lollipop to Sony Xperia devices repeatedly, but while the original release window was January-February, that window rapidly closed without a rollout.

It seems Xperia Z3 and Xperia Z2 owners will finally get their hands on the brand new, Material Design treatment starting Monday. What’s odd is that Sony Mobile Indonesia says the update will be Android 5.0 Lollipop, which is rather odd considering that Android 5.1 is already out. Nobody expected OEMs aside from Google and Motorola to roll out the Android 5.1 update this month, but fans would have been a bit happier if Sony rolled out at least Android 5.0.2 to their Xperia line-up. Many fans are already advising users not to update their phones and wait for another update release, as the first three versions of the OS have not been very stable for smartphones outside of the Nexus ecosystem.

The good news is, although still unclear a bit from the Facebook post, that not only the Xperia Z3 and Xperia Z2 will benefit from the new rollout of the update. Since the company doesn’t list the phones that will be receiving the OTA the following week, we can only assume that other Xperia devices like the Ultra, Z1, Z and others will also get the update starting next week. We should be getting more information out of Sony in the next couple of days and will update you guys on which devices should get the OTA next week.

Even though it’s just a guess that the Xperia Z3 and Xperia Z2 will be the first ones to get the Android 5.0 Lollipop update next week, it seems like the most likely development since those are the most recent flagships from the company. Regional information about the update rollout has not been disclosed as of yet, but judging by the way in which the rollout was performed by other OEMs, we expect a rather erratic rollout, impacting Asian regions first, Europeans second and so on. Take this part of the news with a grain of salt, though. We are glad to hear that Sony is finally updating the Xperia Z3 and others to Android 5.0 Lollipop, but it would have been better to send out a more recent version of the OS, at least Android 5.0.1 or 5.0.2 even. We’re looking forward to getting the update, and seeing as the UI will also suffer some modifications, we’re curious about that, too.

Since Android 5.0 Lollipop hasn’t been the most reliable update from Google, many Xperia Z3 users are expecting to see bugs popping up on their devices after the installation is complete. If you get the update, report back if you notice anything unusual happening after installing. According to Sony Indonesia, the update will weigh in at around 1.2 GB, so we would recommend people to have full batteries and a stable Wi-Fi connection when the update hits and they want to install it, if they don’t want extra charges on their bills or a dead phone mid-update.

Update: The rollout of Android 5.0.2 Lollipop for the Xperia Z3 and Xperia Z3 Compact has begun today. Check your smartphone for an update notification!

My life-long dream has been to test out every gadget on the market! Considering the fact that I've rapidly destroyed almost every gadget I've had so far, I'm not inclined to owning something, so my ideal outcome would be to have a different gadget each month. I'm really into smartphones, wearables and tablets and I love Playstation and Xbox, I'm sure I'll beat you at your own game (after a month of training... or two)
Previous Naughty Dog Delays Uncharted 4 to Spring 2016
Next Screamride Review – Ups and Downs