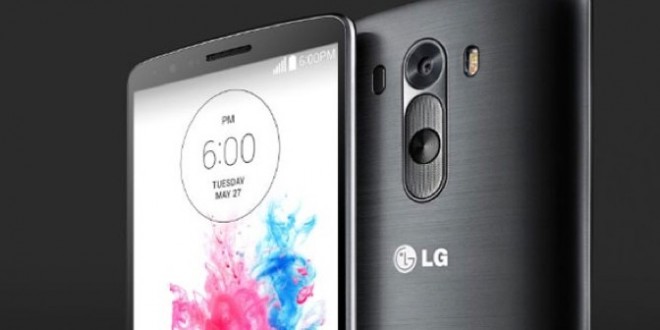 Even if a rumor, an April LG G4 release date would be smart

The LG G4 failed to make an appearance at the MWC 2015 show this year, but not because there were problems with the device. LG decided that it would be a smarter move to launch the new flagship later in the year, so that it can more effectively compete against the HTC One M9 and the Samsung’s Galaxy S6. Launching the LG G4 a bit later would be beneficial for the company, as it would narrow down its target audience and the marketing strategy behind the delay is an interesting one that is reminiscent of Samsung’s Project Zero. According to most rumors and based on official statements from LG, the LG G4 release date is set for April 2015, or May 2015 the latest, right before Summer starts breezing.

Although the LG G4 release date is in no way confirmed by the company, it would be understandable and logical for LG to launch the new phone in April or May, as the LG G3 was launched in May 2014. The principle behind the new phone is a radical change, confirmed by LG executive Cho Juno, who has also reiterated the fact that the LG G4 will be much more of a surprise than the HTC One M9 or Galaxy S6 was. Even though Samsung promised that Project Zero would be a completely redesigned smartphone, much of the Samsung design language is still present on the phone, among borrowed traits from the Sony Xperia Z3 and the iPhone 6 Plus.

LG doesn’t want to compromise when it comes to its customers, and the LG G4 is shaping up to be even more hyped than the flagships launched at the MWC 2015 show in March. The interesting approach the company is taking is classified, although we did find out from Cho Juno that LG would be following in the footsteps of the Galaxy S6 and S6 Edge and use their own mobile processor in the LG G4. There’s not talk of a Nuclun processor, but a new generation of processors that should outdo even the powerful Exynos 7420 found in the new Samsung flagship. That remains to be seen, as specs of the processor haven’t been disclosed yet.

It’s reassuring that an LG G4 release date is around the corner and many have postponed shopping for a phone until the new one is launched. The Galaxy S6 and HTC One M9 should also become available for purchase in April, so if LG times their launch even right, there might be a huge number of customers stolen from the MWC stars. If the LG G4 release date ends up being April 9, for example, it might just be a huge success. On April 10, Samsung will start selling the Galaxy S6 in retail stores and online, but if people are overly impressed with what LG has prepped for them, sales of the Samsung and HTC flagships might be impacted.

Although nobody can say for sure if the LG G4 release date estimate is correct, it seems like the smartest way to go about launching the new phone in the face of powerful competition right now. Apple’s iPhone 6 and 6 Plus are also big on the market and a threat for the LG G4, but within the Android smartphone market, HTC and Samsung are still the big players. It all depends on what kind of redesigned and radical difference LG is thinking about with the LG G4. We’re definitely excited, are you?

My life-long dream has been to test out every gadget on the market! Considering the fact that I've rapidly destroyed almost every gadget I've had so far, I'm not inclined to owning something, so my ideal outcome would be to have a different gadget each month. I'm really into smartphones, wearables and tablets and I love Playstation and Xbox, I'm sure I'll beat you at your own game (after a month of training... or two)
Previous Galaxy Note 4 battery life on Lollipop: how to get more
Next SHOUTcraft Clan Wars Returning for Season 2