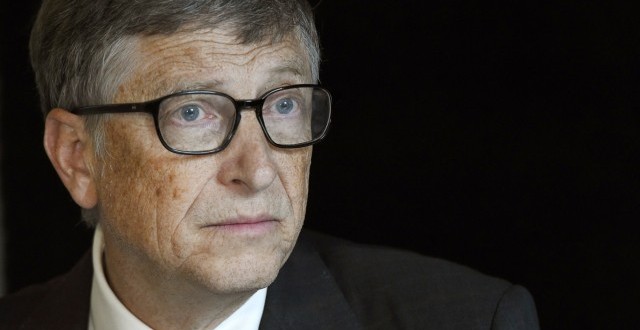 Bill Gates issues a sour warning and urges for development

Bill Gates, the name that comes to mind when thinking about the building blocks of the internet, has issued a scary warning at the Ted conference today. According to the internet giant and one of the richest men on Earth, the world should prepare for the next health crisis. Bill Gates is no expert in medicine, health or diseases, but his status does raise awareness about problems that are affecting the world today and that will have dire consequences on the future.

According to Bill Gates, the co-founder of Microsoft, although we seem to have escaped a worldwide Ebola crisis right now, “we might not be so lucky” in the future. But the magnate didn’t talk about the next health crisis just to scare people to death, instead he tried emphasizing that the world has not been focusing on using technology to improve chances of bypassing crisis in the future. In Bill Gates’ opinion, current governments and organizations are too focused on arming nations and on conflict and are missing the point of why technology has been advancing.

He does have a point when saying that the benefits of technology should not be focused in one area and should be directed at global problems, instead of localized ones. If he turns out to be right in his predictions about an impending health crisis impacting people everywhere, organizations and companies, not to mention governments, should take some time off and consider the level of preparedness for such events countries around the world have.

Bill Gates pointed out at the Ted conference where he was speaking that modern technology, even smartphones, can be effectively used to prevent spreading of a virus or viral infection. Moreover, he pointed out that governments should be considering the founding of reserve medical corps in which civilians can participate in case their help is needed on a national or global level. The main point of his speech about a future health crisis was that we should focus more on preparing ourselves, than shielding ourselves from the outside world. You do have a point there, Mr. Bill Gates.

My life-long dream has been to test out every gadget on the market! Considering the fact that I've rapidly destroyed almost every gadget I've had so far, I'm not inclined to owning something, so my ideal outcome would be to have a different gadget each month. I'm really into smartphones, wearables and tablets and I love Playstation and Xbox, I'm sure I'll beat you at your own game (after a month of training... or two)
Previous One M7 Android Lollipop update canceled, as per HTC
Next Seven Dragon Saga Kickstarter Campaign Announced