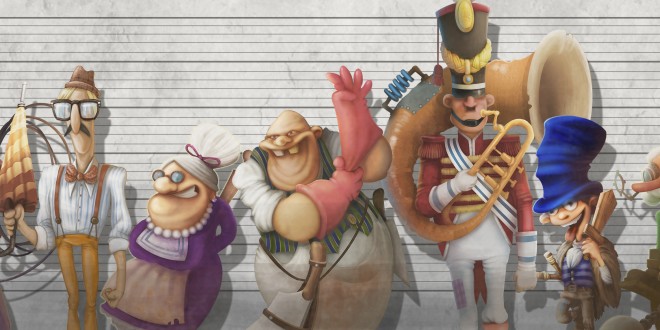 Today’s spotlight is on Awakening of Heroes, developed by COFA Games, which is described as a casual MOBA. Initially, I was impressed with the visual quality of the trailer. I loved the style of the characters, as well as the voice acting, and this made the trailer really stand out among the other games on the Greenlight page for today. I’m not the biggest fan of the genre generally, but Awakening of Heroes brings an interesting visual style as well as some new features which make it fresh and have me very interested in getting my hands on it. 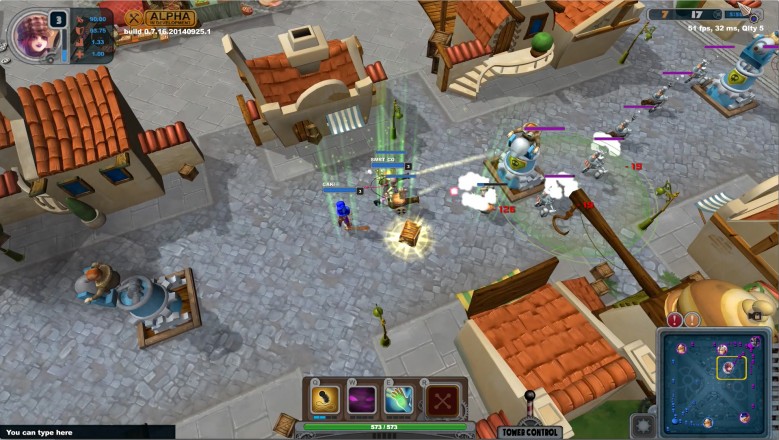 Awakening of Heroes looks like a visual change on a generic MOBA title, until you take a look at a few of the interesting features that they have planned for their game. One of the more unique features is the addition of pre-game town development. It seems as if developing your town will allow you to place buildings that will directly affect the abilities of your chosen character. This is something that I have not seen done in a MOBA before and I think it could be a very interesting change of pace. It is unclear whether or not the town development is persistent, or if you create your town from scratch each game. If this is the case, I would imagine the town replacing the item system of traditional games such as DOTA and LoL, where the buildings that you choose to place would give you specific statistical boosts or extra abilities that your character can use in battle.

As of right now, Awakening of Heroes features five unique characters to choose from, with a sixth character in development. You have Gram Lucinda, who throws exploding cake, meatballs, and chomping dentures at her enemies. Another one of the unique cast of characters that Awakening of Heroes has to offer would be Roger McBacon, who runs around with a huge meat cleaver, and most likely tries to chop you into little bits. The interesting cast of characters is what really makes Awakening of Heroes stand out. I love the creativity of not only the visual design, but of the back stories of the characters as well. If you visit their website’s heroes section, you can look at each hero’s abilities and read their often hilarious back stories. Creativity is something that this industry often lacks and it is very refreshing to see a game with new and silly character concepts, which is definitely Awakening of Heroes’ strongest selling point.

All in all, Awakening of Heroes seems to be a fresh take on the MOBA genre. The creativity behind the character and world design cannot be overlooked, and is one of the strongest selling points that the game has. Attempting a release into a cluttered market can be very tricky, but I believe that Awakening of Heroes is just different enough to have a chance at becoming a successful addition to the genre. If you are interested in taking a further look into Awakening of Heroes, check out their official site, where you can also sign up for their alpha. Also, consider visiting their Greenlight page and leaving a vote as well as some constructive feedback.

What are your thoughts attempting to break out in such a dense market? Do you think that Awakening of Heroes has a chance of being a success in the genre?

I enjoy playing pretty much any type of game out there. My passion lies in finding the gems of the indie gaming world. When I'm not playing games, I'm programming them, at the gym, or tending to my small army of cats. Writing has always been a part of my life and I'm grateful for the opportunity to get my content out there for people to see.
@spf0227
Previous 6 Reasons You Should Buy Cities:Skylines
Next Internet Explorer was hacked in only 17 seconds at Pwn2Own