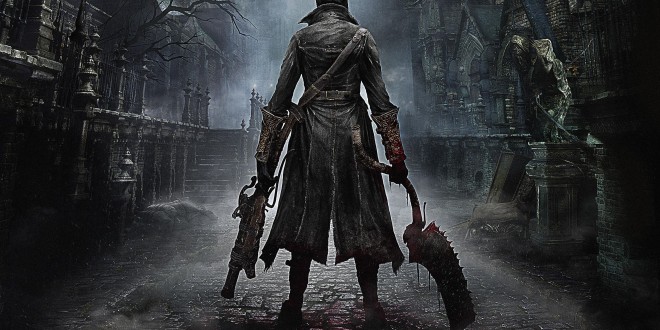 Keeping up with the latest game releases can be a full-time job. There are releases every day ranging from the smallest indies, to the largest, multi-million dollar triple-As. In this article you will find the major releases that you can expect this week. These release dates are for North America.

Out of the Park Baseball ’16 for PC. This baseball management simulation has been one of the highest rated games on Metacritic for a long time now. This year, fans can look forward to having officially licensed MLB teams and players, as well as jerseys and logos. If you are interested in purchasing a copy of Out of the Park Baseball, you can find it here for $39.99.

Bloodborne for PS4. Bloodborne is an action-rpg developed by From Software. It remains faithful to the Souls series’ combat mechanics while changing the theme to a darker, gothic style. This is a game that has been on the radar of pretty much every PS4 owner since it was announced, and hopefully it will give us multi-platform gamers a reason to turn our systems on again. If you are interested in purchasing Bloodborne, you can grab it digitally through the PlayStation Store or from your local game retailer for $59.99.

Borderlands: The Handsome Collection for PS4 and Xbox One. For those wondering what this bundle contains, it features copies of Borderlands 2 as well as the Pre-Sequel, including all previously available DLC for both games. It also features the ability to transfer previous save files, meaning you can pick up right where you left off. If you are craving more Borderlands action and are looking to play it on the current-gen consoles, then this is the collection you’ve been waiting for. You can grab it digitally on the PlayStation Store and Xbox Marketplace, or from your local games retailer for $59.99.

LEGO Ninjago: Shadow of Ronin for the 3DS and Vita. This is the next entry into the LEGO Ninjago series of games, and is available on handheld only. If you’re a fan of the series, you can pick the game up at your local games retailer for $29.99.

Child of Light for Vita. If you haven’t had an opportunity to play this solid “premium indie” title, and were waiting for it to come to handheld, then Tuesday is your day. I played it on release and had a good bit of fun with it, and I could definitely see it being enjoyable on a handheld device. If you’re interested in purchasing Child of Light, you can grab it on the PlayStation Store for $14.99, or a boxed copy at your local retailer for $19.99.

Etherium for PC. Etherium is a futuristic real-time strategy game developed by Tindalos Interactive. You can currently pre-order it to access the closed multiplayer beta. There are three factions in the game that are fighting for control of a rare resource known as Etherium. If you are interesting in purchasing Etherium, you can get it on Steam for $29.99 regular price, but it is currently 10% off at $26.99.

Dyscourse for PC. Dyscourse is an experimental choose-your-own-adventure game with focuses on choice, consequence, and group psychology. The game attempts to explore the survival aspect of human social behavior and has you control Rita, who is a plane crash survivor stranded with a group of her fellow passengers. You can pick it up on Steam, but the price is not listed as of yet.

Pillars of Eternity for PC. Pillars of Eternity is an isometric, party-based rpg developed by Obsidian Entertainment. This is a title with much hype surrounding it, and a game that I cannot wait to get my hands on. Pillars of Eternity features six races and eleven customizable classes. If you are interested in grabbing a copy, you can get it on Steam for $44.99, or if you join up GreenManGaming‘s VIP program (which is free, all you have to do is create an account) you can get it for $33.74. There are also deals on the deluxe versions of the game on GMG if you’re interested in that. It is also available on GoG for $44.99.

Infinite Crisis is releasing for PC. This MOBA set in the DC Universe features well-known characters such as Batman, Wonder Woman, and Green Lantern. If you are interested in playing an online battle arena with a superhero twist, then head to their website to sign up to play.

Captain Forever Remix for PC. This is a rogue-like where you build your own ship and set out to defeat your jerky brother who has performed all sorts of destructive vandalism all over the universe. You have the ability to defeat enemies carefully, so that you can salvage their leftover parts and attach them to your ship. You can get a copy of Captain Forever Remix on Steam Early Access, or through their official site for $9.99 which is 50% off the base price.

Forza Horizon 2 Presents Fast & Furious for Xbox 360 and Xbox One. This standalone expansion for Forza Horizon 2 will be free for the first two weeks of its release, until April 10th. After that it will cost $10 to purchase. You are not required to have played Forza Horizon 2 to play Fast & Furious. The game features a unique story where you are tasked with sourcing cars for your crew’s upcoming mission. I’m sure we can expect a few hours of fun out of this title, which will be available on the Xbox Marketplace for free up until April 10th, when the price will change to $10.

Gravilon for PC. This is marketed as a platforming game that lacks a jumping button. The game features no NPCs, achievements, or collectibles. You must make use of their tumble mechanic to reach the end of the game, and to uncover the story that apparently unfolds as you play. If you are interested in grabbing Gravilon, you can get it on Steam or Desura for $4.99.

That’s all of the major releases for this week. We have some really solid games coming out this week that are sure to soak up much of your time if you decide to purchase them. What are some of the releases that have you hyped this week?

I enjoy playing pretty much any type of game out there. My passion lies in finding the gems of the indie gaming world. When I'm not playing games, I'm programming them, at the gym, or tending to my small army of cats. Writing has always been a part of my life and I'm grateful for the opportunity to get my content out there for people to see.
@spf0227
Previous Steam Greenlight Spotlight: Unfair Jousting Fair
Next Steam Greenlight Spotlight: Sparkle 3: Genesis