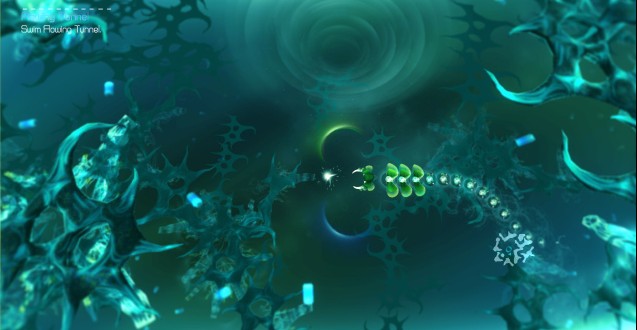 Today’s focus is on Sparkle 3: Genesis, a game by Forever Entertainment S.A. Sparkle 3: Genesis is a surreal simulation game where you play a creature living in a vast ocean that is looking to make evolutionary progress. You have the ability to decide the path of your creature, meaning that you can decide to be a carnivorous meat-eating organism, or a docile herbivore, or a combination of the two. The concept of this game brings me back to FlOw, which was an experimental game released by thatgamecompany where you also play as an organism who is exploring an ocean environment and attempting to thrive in that environment. I feel that Sparkle 3: Genesis is not so much a clone of FlOw as it is an addition to the genre. To go off on a bit of a side rant, there is often argument that games with similar mechanics are clones. However, this is ridiculous to say because games thrive by taking the good ideas of previous games and removing the negative aspects. Inspiration from other works of art is important in any creative field, and video games are not an exception to that idea. Thus, Sparkle 3: Genesis is similar to FlOw but adds a beautiful visual aesthetic that will make the experience all the more zen and awe-inspiring. 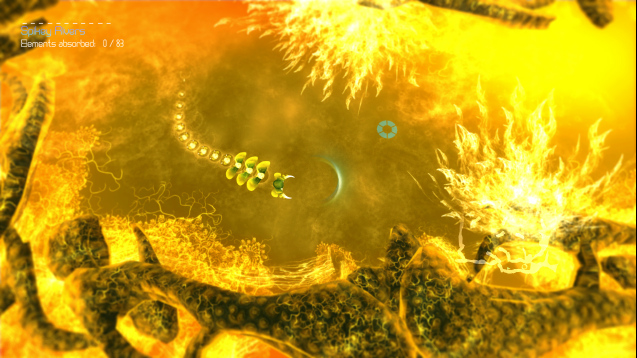 Sparkle 3: Genesis is the third game in the Sparkle series, a series which I can admit to never having played before coming across this entry. However, I feel the urge to go back and try the other games in the series as the calming visuals and soundtrack make it seem like the perfect game to play to unwind from a stressful day. Sparkle 3: Genesis sports twelve different levels to explore, each with numerous quests to complete, powers to unlock, and bosses to defeat. They also claim to have a “virtually unlimited number of gene manipulations to perform. With these features in mind, Sparkle 3 seems like it could potentially bring a good few hours of enjoyment to those of us interested in the more zen side of gaming. While the game is sure to have its challenges, I find it hard to feel anything other than complete relaxation when viewing the trailer and the screenshots provided. 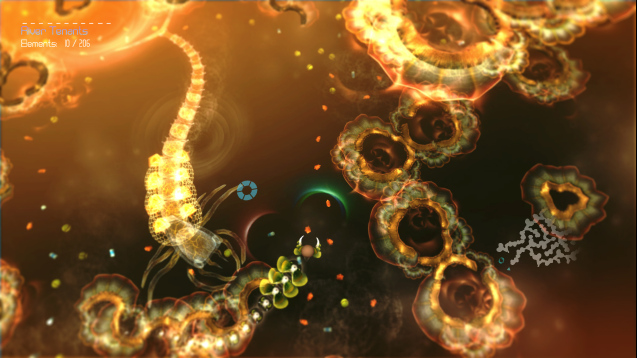 While relaxing, surreal experiences are not everyone’s cup of tea, I would still have to recommend taking a look at Sparkle 3: Genesis before deciding that it is not up your alley. With it’s fantastic visuals and beautiful soundtrack, it promises to be a game that will keep you both entertained and relaxed for many hours. While the concept is not necessarily an original one, we can definitely see the variation that they have performed upon the initial recipe of the evolution simulator and respect the work that they have put into standing out as a part of that genre. If you are interested in taking a look at Sparkle 3: Genesis you can find it on Greenlight, where you should consider leaving a vote and some constructive feedback.

What are some other Greenlight titles on everyone’s radar this week?

I enjoy playing pretty much any type of game out there. My passion lies in finding the gems of the indie gaming world. When I'm not playing games, I'm programming them, at the gym, or tending to my small army of cats. Writing has always been a part of my life and I'm grateful for the opportunity to get my content out there for people to see.
@spf0227
Previous Releases for the Week of March 22-28th
Next Ira’s New Demo Showcases its Overworld