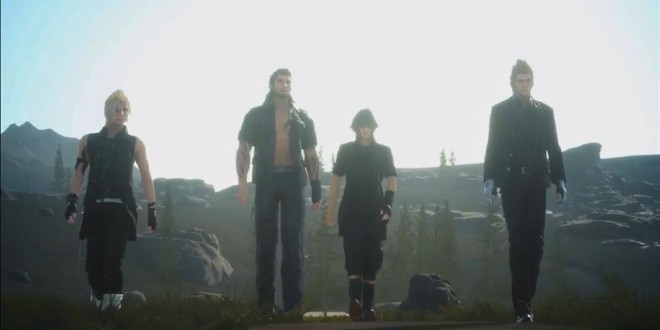 In a survey now available in Europe and North America, Square Enix is asking for feedback about their Final Fantasy XV Episode Duscae demo that came packed along with Final Fantasy Type-0 HD. The game will not be finished until sometime next year with the demo serving as something to tide fans over until the release. Considering Final Fantasy XV has been in development for like ten years, part of the time under the name of Versus XIII, it was certainly appreciated.

The survey is relatively simple but it needs an Episode Duscae download code to be accessed- this helps ensure that the responder has actually played part of the demo before filling out the questionnaire and are not just making stuff up. It is a multiple choice survey with several questions about world design, combat system, the characters, musical score, and other aspects of the game. At the end, there’s a 1000 character space to explain any thoughts that need elaboration. All this information will then be given to the Final Fantasy XV development team to inform them about where the fans want from the finished product of this game. The responder, meanwhile, gets to enjoy a wallpaper as thanks for their efforts.

Episode Duscae takes about two to three hours to complete, giving a decent look at the feel of the game and the personalities of its team of bros taking a roadtrip. The survey is separated between those who played the Xbox One version and those who played on the PlayStation 4. When Final Fantasy XV is finally released in 2016, it will be available for play on both systems. Until then, we’ll just have to satisfy ourselves by playing through Episode Duscae again. Or maybe trying out this Final Fantasy Type-0 HD that we bought in order to get it.

Emma is an aspiring something-or-other with a love for video games fostered since childhood. She is more prone to rage-quits than she would like to admit. In her spare time, she runs her own blog and writes creatively.
@back_Paq_ing
Previous Xiaomi Mi4 running Windows Phone spotted in the wild
Next Steam Greenlight Spotlight: The Lost Valley