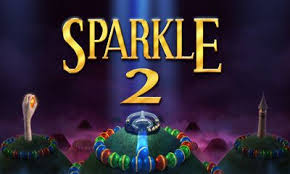 Sparkle 2 Looking to Release on Steam

*Disclaimer: The screenshots shown may not be from the PC version of the game, so expect higher resolution graphics in the Steam release*

Sparkle 2 is a game that was originally released on the PS4 on May 20th of 2014. Any fans of games such as Zuma’s Revenge should see an instant similarity between the two. After getting my hands on the Windows version of the game, I would like to give my impressions on it as well as describe it for those who are unfamiliar with the game. 10tons are known mostly for releasing mobile, casual games that are usually quite fun and receive pretty solid reviews across the board. Sparkle 2 launched on PS4 to great success, as it was released when there was quite a drought of games and it gave people who wanted to get some use out of their new-ish console something new and fun to play. While I’m not typically a fan of casual puzzlers, I can say without a doubt that Sparkle 2 is an engrossing and sometimes quite challenging experience. 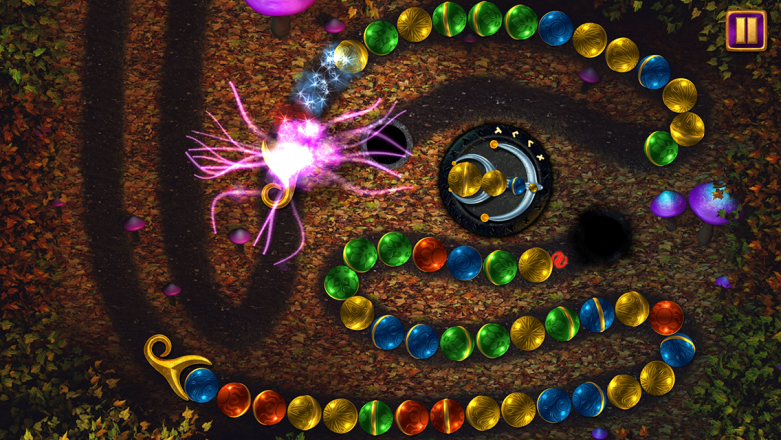 Sparkle 2’s gameplay is quite simple: shoot the marbles out of your launcher in an attempt to match 3 or more of the same color. You have the ability to swap between the first and second marble in your launcher, which is good for situations where you don’t need the marble currently in the first spot. There are also power ups which spice the gameplay up quite a bit, such as frost shot which will freeze the marbles from moving for a few seconds. This is extremely helpful in some of the later levels as the marbles begin to move very quickly and can become overwhelming if they aren’t taken care of immediately. Another power up allows you to shoot at a group of marbles and change them all to the color indicated on the power up. This is my personal favorite because if you aim it properly it allows you to take out humongous groups of marbles with one or two well-placed shots.

On top of the power ups, you also have the ability to unlock various enchantments for your launcher, which are unlocked through progressing in the story. To go off on a side note, the story is a nice little addition to Sparkle 2, and helps to break up what would otherwise be monotonous gameplay in some parts. I will say, however, that out of all of the casual games I’ve played over the years, Sparkle 2 never left me feeling bored, as I always felt the desire to continue and play another level. I can definitely see Sparkle 2 making victims out of the “just one more level” group of players out there.

All in all, I can definitely say that Sparkle 2 is a very competent and enjoyable casual puzzler. While you may expect Sparkle 2 to provide a zen experience, it often brings a thrilling challenge as you are racing to take out as many groups of marbles as possible before they reach the end. However, for those of us who would like a more relaxing experience, there is an enchantment unlocked very early on that allows you to turn on an easy mode, which makes the game much more relaxing but still presents a decent challenge. I defy anyone to try out Sparkle 2 and not be surprised by how fun it actually is. The visuals are very well done and paired with some fantastic particle effects, and the game works better on the PC than any of the previous versions have, in my opinion. If you are interested in taking a look at Sparkle 2, check it out on Greenlight, where you should definitely consider leaving a vote and some constructive feedback. Also, check out some of 10tons other games, such as Crimsonland, if you are looking for some casual and lighthearted fun.

Has anyone out there played Sparkle 2 on any other platforms? What are your thoughts on the game?

I enjoy playing pretty much any type of game out there. My passion lies in finding the gems of the indie gaming world. When I'm not playing games, I'm programming them, at the gym, or tending to my small army of cats. Writing has always been a part of my life and I'm grateful for the opportunity to get my content out there for people to see.
@spf0227
Previous Steam Greenlight Spotlight: ZHEROS
Next Steam Greenlight Spotlight: 60 Seconds!