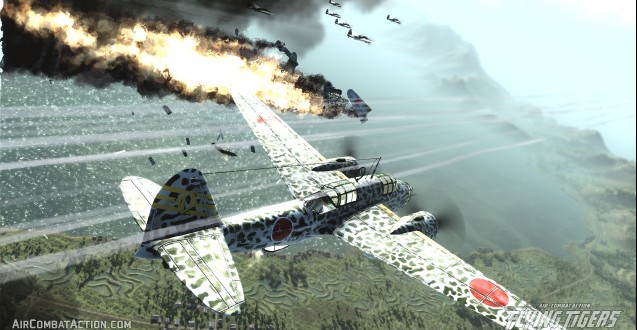 Today’s Greenlight standout is Flying Tigers: Shadows Over China by Ace Maddox. Shadows Over China is an air combat game with an interesting story premise. The game follows volunteer groups of Americans who flew and fought against Japan during World War II. The stand out feature of this one was the World War II story line, as I am a huge fan of anything that is set during that time period. While there were once a flood of games set during that time, they have seemed to taper off lately as we’ve been seeing more futuristic or present-day games taking over. Of course, it helps that the game looks absolutely gorgeous, which is to be expected from a game where you spend most of your time in a single vehicle. 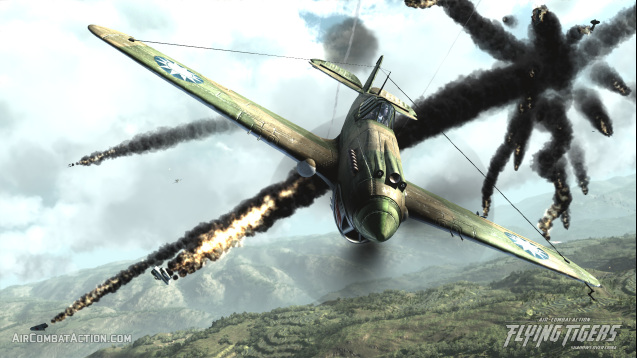 The gameplay of Shadows Over China revolves around Ace Maddox’s trademarked TrazerTime system. This system showcases precision, slow-motion firing and will add a unique flavor to the gameplay. If you’re expecting a serious flight simulation, then Shadows Over China may not be for you. From their description, it seems that the controls will be centered around a more arcade style with fast-paced barrel rolls and evasive moves being a staple of the gameplay. The game is often compared to War Thunder, which the developers have shut down with claims that the game features a full-fledged, historically accurate campaign and finesse controls. With a game like War Thunder already being a part of the market, it is good to see a game taking a different approach and trying to innovate on the genre. Shadows Over China will also feature multiplayer combat, which will do well to extend the lifespan of the game and to convince more people that their money will be well spent knowing that they can get a good amount of hours out of their purchase. In the next few weeks, we can expect to see Shadows Over China in action as the developers plan on releasing various gameplay videos. I, for one, cannot wait to see the game and action and am looking forward to following the development.

To touch on the campaign quickly, Shadows Over China will feature completely accurate historical air battles. Examples given are the Japanese Christmas-raids on Rangoon and the Invasion of Malaya. There’s not much else listed at the time about the campaign, but I’m hoping we’ll see some interesting cutscenes and dialogue that goes into a bit of detail for those of us who are not too familiar with World War II history. 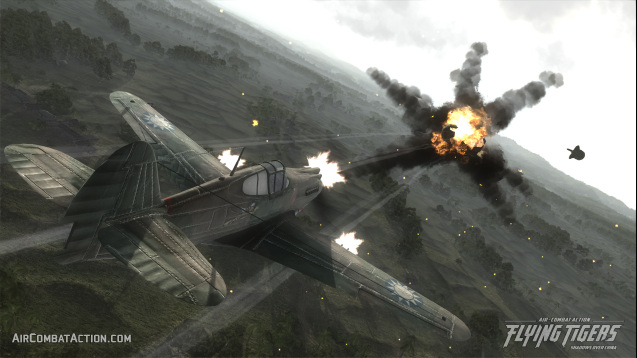 Shadows Over China sounds like it’s going to be an extremely competent and entertaining air-combat experience. The visuals look to be very well done, and I am very interested to see the gameplay in action. The TrazerTime system is apparently an ability of sorts that you can activate during combat to allow you to aim your weapons with more precision and make those difficult shots on enemy aircraft. Be sure to keep an eye on Shadows Over China in the coming weeks, as they are planning on releasing more information and videos in the near future. If you’d like to check out Flying Tigers: Shadows Over China, you can find them on Greenlight, where you can leave a vote and some constructive feedback. You can also check out Ace Maddox’s official site for some more information.

I enjoy playing pretty much any type of game out there. My passion lies in finding the gems of the indie gaming world. When I'm not playing games, I'm programming them, at the gym, or tending to my small army of cats. Writing has always been a part of my life and I'm grateful for the opportunity to get my content out there for people to see.
@spf0227
Previous Batman: Arkham Knight Special-Edition PS4 Bundle Detailed
Next Star Wars: Battlefront Reveal Date…Revealed