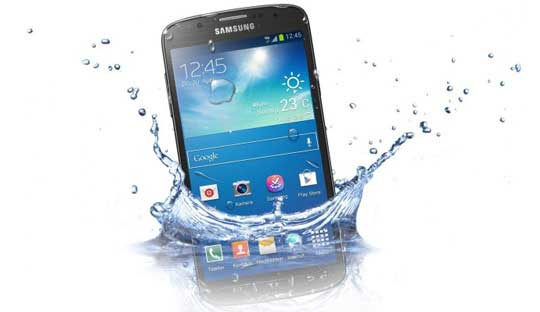 We would have loved if a Galaxy S6 Active hands-on video would have been leaked, or at least some Galaxy S6 Active images just to get a good feeling about what kind of changes will take place compared to the newly launched flagship. The model number that has shown up in the Bluetooth SIG database is SM-G890A, which is supposedly the AT&T version of the Galaxy S6 Active. Although we do think this is real and it truly is the new waterproof smartphone, take this leak with a grain of salt until further notice.

According to the listing, the Galaxy S6 Active specs include a 5.1 inch QHD panel, waterproof certification, a microSD card slot, a bigger 3500 mAh battery, the same Exynos 7420 CPU found in the Galaxy S6, 3 gigs of RAM, a 16 MP camera, supposedly the same one found on the MWC 2015 star, a 5 MP front-facing selfie camera and all the new features from the company, including Samsung Pay.

The Galaxy S6 Active pictures that have been showing up online are merely concept renders, so they are not to be trusted, but our hunch is that in appearance, the Active version of the new phone will not be very different from the original one. Most likely, it will be a tad thicker and it won’t have the glass back panel of the original, but otherwise, it should look the same. The Galaxy S6 Active release date is unconfirmed, but the most recent rumors peg it for a May release date. Until we can get our hands on some Galaxy S6 Active hands-on photos and images, stay tuned for more.

My life-long dream has been to test out every gadget on the market! Considering the fact that I've rapidly destroyed almost every gadget I've had so far, I'm not inclined to owning something, so my ideal outcome would be to have a different gadget each month. I'm really into smartphones, wearables and tablets and I love Playstation and Xbox, I'm sure I'll beat you at your own game (after a month of training... or two)
Previous OxygenOS download live complete with installation guide
Next Underground Moon City is a definite possibility with lava tubes