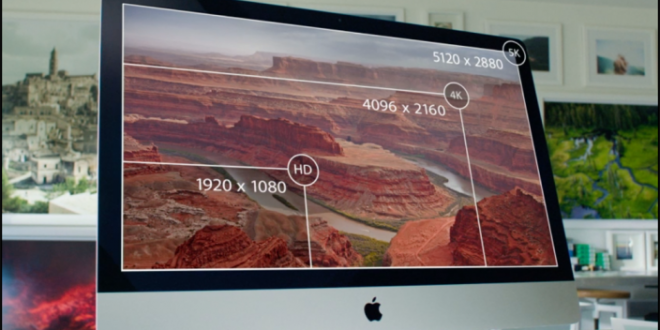 It looks like the Apple iMac 8K is coming this year, and official sources are confirming it, even though Tim Cook hasn’t said a thing about such a new computer. One of the biggest South Korean companies, who is prepping to launch their own flagship on April 28 claims that the Apple iMac 8K is going to be launched in 2015. That unlikely company is LG, actually, and it seems that the company has already made public the information in a press release.

It can’t get much more official than this, unless Apple decides to spill the beans on the iMac 8K itself. According to an LG press release that has surfaced today, Apple has already announced the Imac 8K release. The reveal comes straight from LG Display, and it concerns the future of display technology and what ultra-high 8K resolution has to do with demonstrations upcoming at the 2018 Winter Olympics. LG Display has made the high-end iMac 5K display, so it’s a pretty credible source to rely on when it comes to the iMac 8K. Even if Apple hasn’t confirmed what the South Korean company is stating, there is little chance that the claims are false. That being said, LG Display might face some scrutiny from the Cupertino-based company, as the iMac 8K doesn’t officially exist in Apple records.

It is a surprising reveal, especially coming from such a well-known company, but the iMac might benefit from an upgrade, although we’re not sure how many people would have the cash to spare on an iMac 8k. The new iMac 5K already features a super-high definition display with a 5120*2880 resolution, which is stunning. An iMac 8K would definitely be brighter than anything we’ve seen before, and fans are surely going to get excited about this news soon enough. Until further notice, we prefer to claim that the iMac 8K is unconfirmed, although our money is on LG Display and its trustworthiness. We’re curious to see how Apple reacts to this news release, seeing as Tim Cook is most likely annoyed, at the very least.

My life-long dream has been to test out every gadget on the market! Considering the fact that I've rapidly destroyed almost every gadget I've had so far, I'm not inclined to owning something, so my ideal outcome would be to have a different gadget each month. I'm really into smartphones, wearables and tablets and I love Playstation and Xbox, I'm sure I'll beat you at your own game (after a month of training... or two)
Previous Turkey blocks access to Youtube and Twitter
Next Kanye West and Yeezus replace Jesus in the Holy Bible