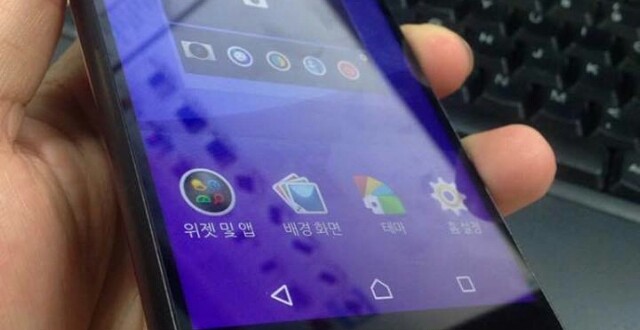 There’s good news and bad news on Monday, and while Mondays tend to be bad for everyone, this time the good seems to be winning: the Xperia Z4 has been leaked once more. The bad news is that T-Mobile will no longer be selling the Sony Xperia Z3 starting today, as the company has confirmed that sales of the device wil lcease starting today. T-Mobile hasn’t mentioned why the Xperia Z3 is no longer available in their stores, but apparently, it’s more of a suggestion that the telecom is prepping to replace it with something new: the Xperia Z4.

The Xperia Z4 release date is still uncertain and Sony is doing an excellent job at keeping actual leaks at bay, something HTC failed at miserable last month. The fresh Xperia Z4 leak doesn’t really show off any innovation or new design, rather keeps up with the same design language we’re used to seeing from the Japanese company’s flagships. To be honest, these leaked Xperia Z4 hands-on images depict a phone that to me seems to be a blend between the Xperia Z3 and the Xperia Z2.

Speaking of blends, remember the Galaxy S6 and its appreciated glass panel which seems so fashionable right now? I wonder why that was the element everybody most criticized about Sony’s flagships in the past. Just a mental note right there, something to consider when wondering about how much influence media has over our choices. Anyway, the new Xperia Z4 leaked images show off what they usually do, as they come from the Xperia Blog, who has made quite the reputation in leaks in  recent months.

These Xperia Z4 hands-on photos, which you can find in the gallery below, show off a flagship that is reminiscent of Sony design, but seems to be a tad thinner and not as blocky as previous releases. The edges seem to be rounder and more user-friendly, while the screen to body ratio looks a bit better. As usual, there’s no confirmation that these images are real, but if they are, there aren’t any surprises in store in terms of design. Under the hood, on the other hand, there’s a whole different story to be told. As all smartphone manufacturers, Sony will be keeping up with the tides, which means that Xperia Z4 specs include a Snapdragon 810 CPU, 3 GB RAM, 64 GB internal storage, an improved 20 MP camera on the rear, a 13 MP camera on the front, IP certification, Android 5.0.2 Lollipop, a 5.2 inch display which will supposedly be the resolution of your choice, between QHD and FHD and a beefty battery of about 4000 mAh. Sounds pretty nice, eh?

As usual, please take this with a grain of salt. Sony has not confirmed the Xperia Z4 release date (which is pegged for May), nor the Xperia Z4 specs and design. Until further notice, we prefer hoping for an improved design and flap-less IP certification. What would you like to see in the Sony Xperia Z4 if it were your choice to design and build the phone?

My life-long dream has been to test out every gadget on the market! Considering the fact that I've rapidly destroyed almost every gadget I've had so far, I'm not inclined to owning something, so my ideal outcome would be to have a different gadget each month. I'm really into smartphones, wearables and tablets and I love Playstation and Xbox, I'm sure I'll beat you at your own game (after a month of training... or two)
Previous Google Wallet expanding with ChowNow partnership
Next Steam Greenlight Spotlight: The 31st