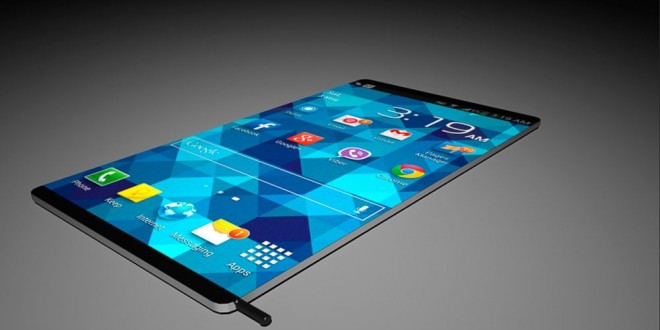 The Galaxy Note 5 will be over the top

Galaxy Note 5 display said to be UHD and dual-edge

Sasmung just launched the Galaxy S6 and Galaxy S6 Edge last month, but people seem to have already forgotten about that as the focus seems to already be shifting towards the next big thing from the South Korean company, namely the Galaxy Note 5. Recent rumors about the Galaxy Note 5 display say that Samsung will try going over the top with the new release and slap an anormous UHD display on the device. Opinions about whether UHD resolution on a display below 15 inches is necessary are split down across the middle. Some say UHD on the Galaxy Note 5 will make it the phone of the century, while others emphasize that UHD resolution on the Galaxy Note 5 would only increase cost, decrease battery life and would not have any actual uses. What do you think about that?

In any case, Samsung has already confirmed that a certain UHD display for smartphones is already in the works and should be implemented in one of its releases in 2015. Since mid-rangers rarely need such high resolution, the only feasible option would be the Galaxy Note 5. Last year’s Galaxy Note 4 is currently one of the best smartphones on the market and it is regarded as the owner of the best smartphone display in the world, although the Galaxy S6 might outdo that accomplishment once polls are in.

The alleged Galaxy Note 5 release date is pegged for September 2015, as Samsung announced that it would start manufacturing these UHD displays in August, which would provide a pretty accurate timeline, in accordance with the company’s release cycles. We’re definitely curious about the Galaxy Note 5, but we’re not sure we want something so power-hungry as a small UHD display. You can’t even tell the difference between FHD, QHD and UHD unless you have each of the three panels side by side. With the naked eye, you can’t discern between pixels if pixel density is above 350 ppi… So what’s the purpose of such a high resolution display on such a small panel? Fab, I guess.

My life-long dream has been to test out every gadget on the market! Considering the fact that I've rapidly destroyed almost every gadget I've had so far, I'm not inclined to owning something, so my ideal outcome would be to have a different gadget each month. I'm really into smartphones, wearables and tablets and I love Playstation and Xbox, I'm sure I'll beat you at your own game (after a month of training... or two)
Previous Deus Ex: Mankind Divided Box Art Revealed
Next New Etrian Odyssey 2 Untold Trailer