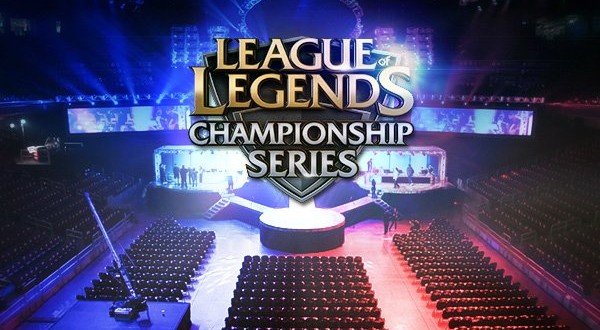 After a 9-week regular season and a week of quarter-final matches, only four teams remain in the North American League of Legends Championship Series Spring Playoffs. Team Liquid, Team Impulse, Cloud 9, and Team Solo-Mid will all be playing this weekend in hopes of winning their best-of-5 semi-finals match and earning a spot in the finals of the NA LCS Spring Playoffs.

The weekend’s first match will be played on Saturday, April 11th between Team Liquid and Cloud 9. Team Liquid comes into this match looking to be in their best form of the season. After struggling much of the season, the team seems to finally be on the same page with their ex-World Champion AD Carry “Piglet”, who had a hard time adjusting to the team after coming over from Korea. Piglet played a huge part in dismantling the heavily favored Counter-Logic Gaming last week with a score of 3 games to 0. Cloud 9 has had a similar season to Team Liquid. Cloud 9 has been considered one of the best teams in North America since they joined the LCS. However, they have been uncharacteristically inconsistent this season, spending a majority of the season in the third or forth place spot. When things mattered the most though, Cloud 9 was able to clench the second place spot and earn a first-round-bye in the spring playoffs.

The key match-up in the games between these two teams will be the bottom-lane. Xpecial and Piglet are the most seasoned members of Team Liquid, and in a match where the pressure will be high, it will be up to these two to keep the less-experienced members of Liquid focused. Furthermore, though he has struggled throughout the season, Piglet has shown time and time again he has the raw mechanical-skill to outplay even the best players and completely take over a game. On the other side, Cloud 9’s bottom-lane pairing of LemonNation and Sneaky has long been considered one of the best pairings in North America. Though he may not be as big of a play maker as Piglet, Sneaky has shown he is one of the most consistent AD Carrys in the region and in a high pressure match up such as this, consistency will be key. Whichever bottom-lane can get the advantage in these matches will be able to give their team the best chance to win and move on to the finals.

The weekend’s second best-of-5 series will take place on Sunday and be played between Team Solo-Mid and Team Impulse. Third seeded Team Impulse comes into this series after winning a convincing series against Gravity last week 3 to 1, but this week will be much more of a challenge. Their opponent, TSM, earned the first place spot during the regular season in a convincing manner, showing that they are the team to beat in North America. Furthermore, after winning IEM Cologne, TSM has shown they are not only the best team in North America, but they are also one of the best in the world. If there is a North American team able to take down the juggernauts that are TSM, however, it would be Impulse. With some of the best individual players from multiple regions Impulse has relied on their raw talent to carry them through games. Though this play-style has led them to losing some games they shouldn’t have, it has also led to them beating some of the best teams in North America.

The key match-up of this match will be the top-lane. Impulse’s Impact has shown time and time again that he can become an un-stoppable force once he gets going. Couple this with the fact that Rush, Impulse’s Jungler, loves to gank for Impact, and there is a good chance of Impact getting huge. On the other hand, TSM’s Dyrus is often left on his own, while the rest of TSM focuses on their other lanes. A huge deciding point of these games will be whether or not Dyrus can handle the pressure put on him without letting Impact getting too far ahead.

Going into this weekend it is easy to pick favorites. TSM and Cloud 9 are both coming off of a first-round bye, and the rest, coupled with their performance in the regular season make them clear favorites. However, this season has been full of upsets and it would not be surprising at all if we saw a few more upsets this season. The only thing that is for certain is we are in for some amazing games during this weekend’s semi-finals matches for the North American League of Legends Spring Playoffs.