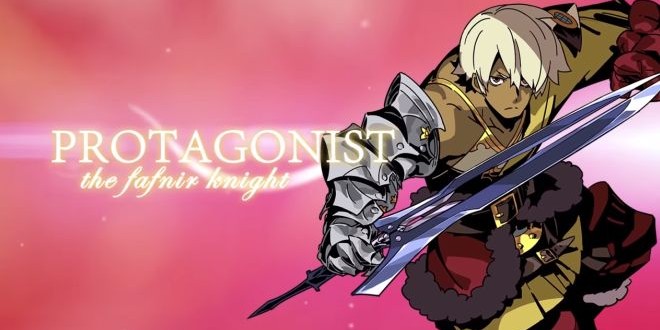 Yesterday, Atlus sent out an email revealing a brand new trailer for the upcoming Etrian Odyssey 2 Untold: The Fafnir Knight. The trailer introduces the game’s protagonist and namesake, while also revealing some new plot and gameplay elements.

For the uninitiated, Etrian Odyssey 2 Untold is the seventh entry in the JRPG series. The games focus on first person dungeon crawling, map making, and turn based combat. The trailer’s description calls 2 Untold  “one of the most approachable Etrian titles to date,” suggesting that the map making assistance feature introduced in Etrian Odyssey Untold: The Millennium Girl and used in Persona Q: Shadow of the Labyrinth will be making a comeback. The description also confirms that “Picnic mode” will be returning, providing a relaxing story-based experience. An “Expert mode” will also be included, giving veteran players a “punishing play-through.” The game will have two modes: a remastered version of Etrian Odyssey 2, and a brand new “untold” storyline.

The new trailer introduces The Fafnir Knight, a “stoic soldier” whose purpose is to protect Princess Arianna of Caledonia. The Fafnir Knight has a new combat ability called “force,” which replaces the boost feature found in the first Untold title. The trailer shows the force ability “transform,” which changes the character into a powerful creature that can be used in battle. The video’s description confirms that the player’s party in the game is fixed, and its members are, “the Fafnir Knight, Princess Arianna, Flavio— another hero of the Midgard Library— and the two adventurers, Bertrand and Chloe.”

Etrian Odyssey 2 Untold: The Fafnir Knight will be released for Nintendo 3DS this summer. You can pre-order the launch edition, which includes a copy of the game, a collectible box, an official staff book, and a “rough sketch” soundtrack CD. More information can be found on the Atlus website, and you can also watch the announcement trailer here.

I'm Aria! When I'm not doing other things, I'm either playing video games or writing about them. If you like games, anime, and random stuff, you can follow me on Twitter @Sage0fForest
@@Sage0fForest
Previous Galaxy Note 5 display said to be UHD and dual-edge
Next State of Decay : The Apocalypse in 1080p