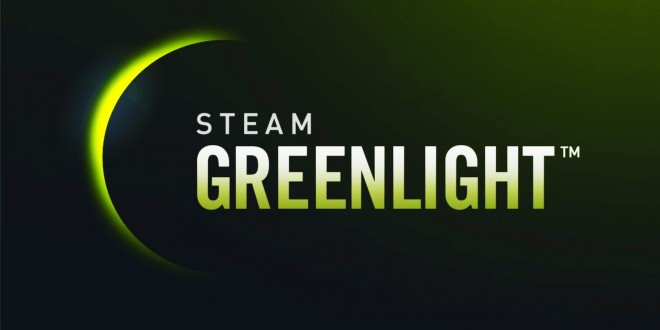 As some of you may know, I write a series where I cover Greenlight titles, and attempt to spotlight which are the most interesting. Typically, Steam Greenlight is thought of as a derelict pit filled with GameMaker projects and boxy retro platforming games. Very few of us make a daily venture into the Greenlight territory, and those that do are often so turned off by a bad day of games that they never return. Steam Greenlight is a fantastic service that promotes independent projects and allows developers a chance to show off what they would otherwise have very little chance to showcase. It could definitely be argued that marketing is easier now than it ever was with the availability of social media marketing, however there is very little that could be done to measure up to the amount of viewers who will see your game on Steam.

My main frustrations with the Greenlight service are not with the service itself, but with the type of content that developers are uploading to it. How many times have we ventured into Greenlight territory, only to be disgusted and disappointed by the dull, non-innovative games that we see displayed in our voting queues? My answer to this would be that it happens pretty much on a daily basis. However, I refuse to let the fact that the majority of games on Greenlight have no passion behind them ruin what Greenlight is all about. To me, Greenlight is all about being able to showcase your hard hours of work to thousands of potential fans. Having experience working on games, I understand how difficult it can be to get the word out about a game, and any tool that makes it a bit easier is fine by me. Unfortunately, the crap, to be blunt, that takes up the majority of Greenlight is pushing many people away from the service, and even having others going as far as to call it a terrible idea. As a huge advocate for the indie community, especially in my local area, I hate to see such a powerful tool being shunned by the gaming community.

What can possibly be done to clear out some of the garbage that is released onto Greenlight? This is a question that has been asked and answered in a way that I believe is completely correct. Steam must implement some sort of quality control on the service if they want it to be taken seriously. The fact that anyone can pay and upload pretty much anything will definitely result in some extremely low-quality games being added to the service, and this vast ocean of garbage makes it difficult to see the shining pearls that often reside on Greenlight. Not a day goes by where I don’t find at least one game that looks promising on Greenlight. Unfortunately, until Valve implements quality control, many people will consider Greenlight a joke and rarely or even never visit it to check out the interesting games the community is making. I have one simple request for any readers of this article: if you do not already take some time to check out Greenlight at least once a week, go ahead and take a look. I guarantee that you will not be able to go through a week’s worth of games without finding at least of handful of promising titles that have some innovation and passion behind them. My frustrations with Greenlight lie with the community, not with the service itself, and I feel that if we all take some time to support the hard-working developers that post their projects on Greenlight, we will continue to see better and better content being uploaded in the future.

I enjoy playing pretty much any type of game out there. My passion lies in finding the gems of the indie gaming world. When I'm not playing games, I'm programming them, at the gym, or tending to my small army of cats. Writing has always been a part of my life and I'm grateful for the opportunity to get my content out there for people to see.
@spf0227
Previous Sony Confirms Resident Evil Revelations 2 for Vita Coming This Summer
Next Steam Greenlight Spotlight: Fairytales: Three Heroes