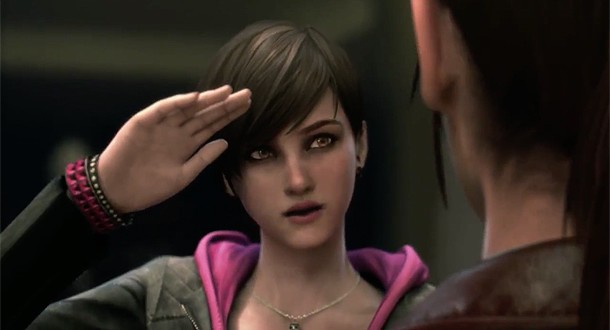 In a post on the PlayStation Blog today, Director of Third Party Production at Sony Computer Entertainment America Gio Corsi announced that Resident Evil Revelations 2 will be released for the PlayStation Vita this summer. The game was originally released on the PlayStation 3 and PlayStation 4, in terms of Sony systems in four episodes. For those who want to play on the go, the Vita version is what you’ve been waiting for. Frima Studio “is knee-deep in production of this title,” for the system. A more solid release date is yet to be announced, but Corsi says that the announcement will come as the studio gets closer to finishing the Vita specific game mechanics.

Resident Evil Revelations 2 will include all four episodes of the saga from Capcom as well as any DLC (with the exception of consumable items) that has been released so far. Single-player Raid Mode will also apparently be included at the launch date, but Corsi says that online co-op Raid Mode as well as the ad-hoc modes will most likely come through an update after the release. He claims that this delay is in order for them to “get the game into your hands that much sooner.” The game will also be modified in order to fit the system with a specified addition being the gyroscopic targeting for shooting weapons.

The story of Resident Evil Revelations 2 takes place between Resident Evil 5 and 6 and stars Claire Redfield as the main protagonist where she is stuck on a mysterious island where the “Afflicted” live en masse. The game is the tenth installment in the stealth horror franchise from Capcom, famous for their nightmare-inducing jump scares. In addition to the PlayStation 3 and 4, the game was also released for play on PC, Xbox 360, and Xbox One. It has received decent reviews thus far on all systems.

Emma is an aspiring something-or-other with a love for video games fostered since childhood. She is more prone to rage-quits than she would like to admit. In her spare time, she runs her own blog and writes creatively.
@back_Paq_ing
Previous Massive Moto 360 discounts on Amazon, $180, $230
Next My Steam Greenlight Frustrations

Following the successful release of Resident Evil 7, fans were immediately craving a follow-up. However, ...