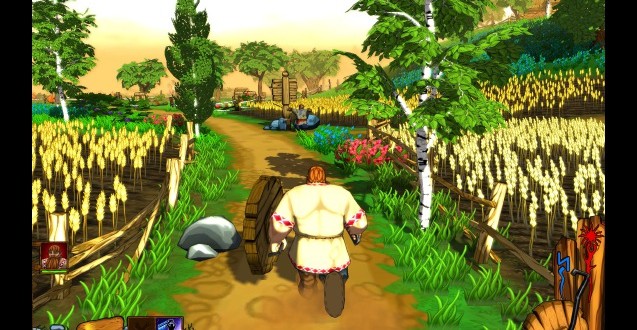 Today’s spotlight is on Fairytales: Three Heroes. Fairytales: Three Heroes is an action-rpg developed by Cats Who Play. The game really drew me in immediately with what I consider to be a very pretty art style. While it’s definitely not the best looking game in the world, the use of color and unique character design really makes the game stand out. I really enjoy the cartoony sort of style that the Fairytales: Three Heroes features, and I think it fits well with the personality that the game seems to have. My favorite thing about Fairytales: Three Heroes was definitely just how lighthearted the visuals were. In a time where super serious games are being released more and more, and emotional storytelling is a huge part of the gaming culture, it is always nice to have that darkness broken up by a bit of bright and colorful fun. 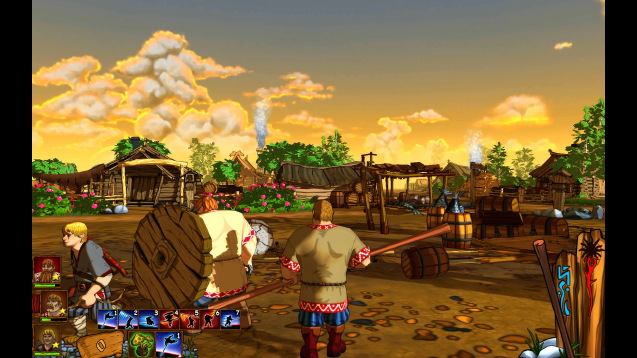 Fairytales: Three Heroes is inspired by old Russian tales that feature three heroes that fight to defend their villages from danger and keep their families and friends safe from harm. The game is marketed towards children and adults, as it is said to feature a simple user interface and a lighthearted story that is meant to make the player feel happy and relaxed while enjoying it. I’ve seen a few people in the Greenlight comments worrying that the game may be too simple since it is marketed to adults and children, but I feel that just because the mechanics may be simple, that does not make the game any less fun.

Althought Fairytales: Three Heroes is being marketed as accessible and easy to learn, it will still feature three unique skill trees, one for each character. This will hopefully give us the ability to have some interesting builds going on and to customize our characters in a way that fits best with our playstyles. The game also boasts huge, open levels with tons of optional side quests to take on, which has always been a staple of the genre.

My only complains about Fairytales: Three Heroes lie in the animation quality. Some of the animations are far from perfect, but as we all know this can easily be improved upon as their development cycle progresses. I would definitely like to see some smoother combat animations, as I feel these would really do well to accentuate the fantastic art style. Other than some dodgy animations, I think that Fairytales: Three Heroes is looking to be a very solid and fun hack-and-slash title. If you like the look and concept behind it, you can check out Fairytales: Three Heroes on Greenlight, where you should definitely consider leaving them a vote and some constructive feedback to help them improve their project. While you’re there, be sure to check out the other two trailers that I haven’t included in the article. They are definitely worth a look if you are interested in taking a look at some additional gameplay, as there is a trailer that showcases each character’s fighting style.

On a quick side note, I really commend Cats Who Play for including as much gameplay as they have, which is not something we see at all when it comes to most Greenlight submissions. The fact that I was able to see almost ten minutes of gameplay really helped me make my decision about whether or not I liked how the game looked.

I enjoy playing pretty much any type of game out there. My passion lies in finding the gems of the indie gaming world. When I'm not playing games, I'm programming them, at the gym, or tending to my small army of cats. Writing has always been a part of my life and I'm grateful for the opportunity to get my content out there for people to see.
@spf0227
Previous My Steam Greenlight Frustrations
Next 6 Game Sequels That Need To Happen