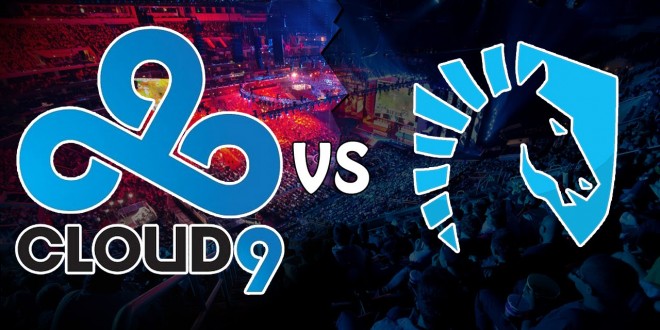 The NA LCS Semi-Finals kicked off Saturday with a match between second seed Cloud 9 and sixth seed Team Liquid. Though they looked dominating in last week’s match against Counter Logic Gaming, Team Liquid were huge underdogs in the semi-finals. Cloud 9 is often considered one of the top two teams in the LCS. This season, they had a rocky start, however they were able to turn things around and finished the back half off the season with an impressive record of 10-2. Furthermore, if you combine the head-to-head record of Cloud 9 against Team Liquid and Team Curse, which is Liquid’s previous brand, Cloud 9 has a mind-blowing record of 18-1. On paper Cloud 9 looked to have an easy match-up on their hands.

Being the heavy underdogs did not seem to bother Team Liquid as they got off to a quick start. Game one started off better for Liquid than they could have ever hoped with their ex-World Champion AD Carry Piglet getting two early kills on Cloud 9’s Support, Lemon Nation. Liquid was able to snowball this early advantage into a sizable mid-game. Though Cloud 9 was able to stay in the game thanks to some impressive play’s made by Ball’s Hecarim, Team Liquid’s two tanks were able to protect a huge Piglet on Lucian, and they were able to eventually win the first game in the best of five series. Game number two played out much different than the first one. Cloud 9 was able to get Sneaky onto Lucian, allowing him to win the AD Carry match-up against Piglet’s Sivir.  However, Liquid’s Quas and Fenix were able to win their match ups in the top and mid lanes and Liquid was able to snowball this advantage into a win.

Down two games to none in a best of five series, Cloud 9 was desperate to gain some sort of momentum. They were able to gain a small advantages through Sneaky. Anxious for a win, they tried to turn this small lead into an early Baron kill. Though they got the Baron buff, Cloud 9 ended up losing three players in the fight that happened after. Luckily, they were able to retain control of the game and after winning the second fight around Baron, Cloud 9 was able to win their first game of the series. In game four both teams brought a double AD Carry composition. Cloud 9’s Sneaky was able to get an early kill on Piglet to start things off. With no one on Liquid able to dive past Cloud 9’s tanks, Sneaky was able to completely dominate the game on Lucian, bringing Cloud 9 to another victory.

With the series tied 2-2, it all came down to one final game. Things started off early with Cloud 9’s Lemon Nation invading Liquid’s jungle to disrupt their early game plans. This eventually led to an incredibly early team fight, which Cloud 9 won getting three kills without losing anyone. With such a huge early game advantage, Cloud 9 was able to control the entire game, particularly in the top lane. Cloud 9’s Balls was able to completely destroy Liquid’s Quas. At one point, Ball’s Hecarim was ahead of Qaus’s Maokai by four levels and over 100 minion kills. Lead by a ridiculously huge Ball’s, Cloud 9 was able to win the final game of the series and become the first team to make it to the NA LCS Spring Finals.

No one could have predicted how this series played out. Coming in to the series Cloud 9 were the clear favorites. However, Liquid was able to come out strong and get two convincing wins. After seeing how well Liquid was playing, many people began to doubt Cloud 9’s ability to win three games in a row. This is exactly what they did, however, winning the one of the most exciting series that the NA LCS has ever seen. Now Cloud 9 will patiently wait for the winner of Sunday’s match up between Team Solo-Mid and Impulse to see who they will be playing against in the finals of the LCS Spring Playoffs.

When I am not studying, I spend most of my time playing games or following various eSports events. Primarily play PC games, particularity MMORPGs and MOBAs
@TeddyGamer55
Previous Kojima Fired by Konami?
Next Steam Greenlight Spotlight: A Light in Chorus