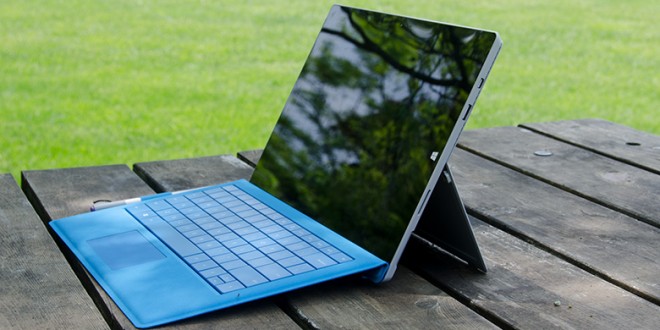 The Surface Pro 4 is coming soon!

Microsoft has just unveiled the Microsoft Surface 3, an updated, full Windows 8.1-endowed new convertible, aimed at the affordable market of convertible devices. But that’s not the flagship of the year for the Redmond Giant as rumors about the Microsoft Surface Pro 4 release date keep piling up. Opinions about the Surface 3 are split, some saying that having a compact convertible with a full Windows 8.1 Os is definitely worth it, while others aren’t really fond of the total price (that hits more than $500) for the setup that comes with the keyboard. Whichever the case may be, the Surface Pro 4 release should make things better for all.

If the Surface Pro 4 release date really falls between April 29 and May 1, when the Microsoft Build Developer Conference is going to be hosted in San Francisco, California, then the actual launch of the device would fall somewhere in June 2015 by our calculations. July the latest, if rumors are true. We’ve no clue what the Surface Pro 4 price will be, but we’re suspecting somewhere around $800 – $900 depending on the configuration it will boast. That’s in no way cheap, but the Surface Pro 4 specs and features will definitely try and compete with Apple’s new MacBook portfolio, unveiled this month.

Will the Surface Pro 4 hold its ground against the MacBook? Definitely, especially if it comes with more than one port, which is guaranteed when it comes to Microsoft computers. The Surface Pro 4 specs, if rumors are true, will hold up nicely against the new MacBook and the upcoming iPad Pro, too, if that’s real and coming soon. We’re not sure. But the Surface Pro 4 will definitely be a top-notch convertible laptop with all the features of Windows 8.1 or more likely, Windows 10 included. Since Microsoft will be giving out more details about their new operating system, Windows 10, we could expect the Surface Pro 4 to be shipped with the new OS, if the timelines will allow it. If not, the Surface Pro 4 should be the first to get the upgrade.

Surface Pro 4 specs include two different versions, one with a smaller 12 inch display and another with a massive 14 inch display, both with super high resolution 2K panels. There will supposedly be two different configurations available, a Surface Pro 4 with an Intel core i5 processor and one with an Intel Core i7 one, which should be a blast. Naturally, a new stylus and a redesigned Type Cover are in the picture, although we don’t know much about those yet. We’ll just have to wait for the Build Developer Conference to see if there’s any truth to these rumors.

My life-long dream has been to test out every gadget on the market! Considering the fact that I've rapidly destroyed almost every gadget I've had so far, I'm not inclined to owning something, so my ideal outcome would be to have a different gadget each month. I'm really into smartphones, wearables and tablets and I love Playstation and Xbox, I'm sure I'll beat you at your own game (after a month of training... or two)
Previous Twitter showing weakness in front of Meerkat
Next Asus VivoWatch: Apple Watch beware, this might be better!