Breaking News
Home » Tech » Is Microsoft taking over Android in the future? 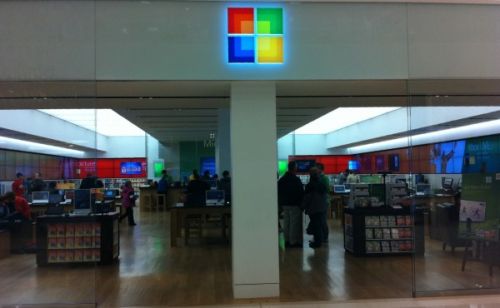 Is Microsoft a threat to Android?

Is Microsoft taking over Android in the future?

No, Microsoft is not taking over Android right now, but it’s pushing to make its presence felt in the mobile operating system. That’s because while Windows for Phones is not yet as popular as iOS or Android, far from it actually, Microsoft services like OneDrive, OneNote, the Microsoft Office package and other offerings are still the most popular office apps that you can find. Which is why Microsoft has reportedly struck some deals with various smartphone and tablet manufacturers to have Microsoft services like Skype, OneDrive, OneNote, Office Word, Office Excel and Office PowerPoint pre-installed on their Android devices.

All of these Microsoft services are extremely popular and pretty much the best there is in the field, according to many reviewers. That is why many don’t see the problem with having Microsoft apps pre-installed on their phones, which translates to: smart move, Microsoft. With the advent of Windows 10 for phones coming up, the operating system should surge in popularity if Microsoft does the mobile OS well. If not, it will still get a big chunk of the Android cake through its services.

If you’re wondering why manufacturers like Samsung, LG or others would pre-load Microsoft services on their Android devices, you should take a step back and look at the big picture. All of the OS and hardware is patented, in every smartphone and every tablet. Some of those patents (more than you might think at first) actually belong to Microsoft. That being said, OEMs and Google even are paying Microsoft patent fees to use those hardware and software features in their devices. Reportedly, Microsoft came up with the idea that maybe OEMs would be less groggy if they didn’t have to pay the current patent fees to the company, but instead pay part of that fee through featuring Microsoft products in their devices.

It seems that Samsung will be among the first ones to pre-load Microsoft apps and services on their devices, alongside 11 other companies across the world. Samsung has recently hinted at new tablets coming up this Spring or Summer, and our hunch is that most of them will feature Microsoft stuff alongside all the usual Google and TouchWiz things. Some of you might sigh in disbelief at all the bloatware, and you are right to do so. We should be able to choose what occupies the space of a phone we paid half (or even two) a salary for. There’s always root, friends.

Anyhow, the move from Microsoft is a smart one, as it popularizes its services and makes more people aware of the good (or bad) sides of the company in the mobile industry. The Redmond giant hasn’t had too much success with its Lumia smartphones, but it does plan on launching new flagships this Summer or Fall, alongside Windows 10. It might be that the company is prepping customers for a more integrated experience, topping those offered by Android, Google, Apple and iOS. We’re definitely curious to see how these alleged partnerships between Microsoft, Samsung and others come to fruition, but we can’t help but be a bit glad to have these apps on board.

My life-long dream has been to test out every gadget on the market! Considering the fact that I've rapidly destroyed almost every gadget I've had so far, I'm not inclined to owning something, so my ideal outcome would be to have a different gadget each month. I'm really into smartphones, wearables and tablets and I love Playstation and Xbox, I'm sure I'll beat you at your own game (after a month of training... or two)
Previous Galaxy S6 Edge profit for Samsung, more expensive than iPhone 6 build
Next Huawei P8 = iPhone 6 clone in new leaked poster