Breaking News
Home » ARTICLES » Is Riot charging too much for Chroma Packs? 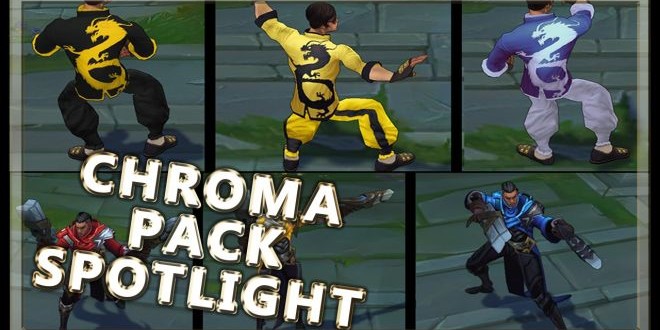 Is Riot charging too much for Chroma Packs?

League of Legends is responding to fan demand for “recolor” skins by adding “Chroma Packs” to their beta servers. Since their announcement last Monday, Riot has been trickling in these recolor sets to their public beta server, not only to seek out possible bugs, but also to see how fans feel about the content. While for some this is a most welcome addition, others feel somewhat robbed by the price point.

Currently, the chroma packs are set to cost players 590 RP, or just under $5. While there are some people who don’t really have a problem with it, there are people out there who feel like having to shell out five bucks per character, per skin is a bit much. It’s hard to disagree with that notion when you consider that other games in the genre like Heroes of the Storm offer recolored champion skins for free.

Some of League of Legends fans set out to prove just how much they feel like the chroma packs are actually worth by going out of their way to make them on their own. User “CancerPanther” went out of his way to make a custom chroma for the Warring Kingdoms Nidalee skin, making sure to note that “Riot said that editing particles was impossible or very hard to do, but it’s actually literally the easiest part.” After showing off a bit of his own work and taking some requests, the Reddit community came together to build a subreddit where players can post and download these custom skins.

In spite of the reactions of some of the fanbase, Riot has been moving forward with the testing for chroma packs. Since the chroma packs are still in the testing phase, how much they will cost, among other things are still in the air. Riot is usually very good about listening to the League of Legends fanbase when it comes to improving the game, so if there was a time for your voice to be heard, now is the best time to tell them how you feel.

My name is Maxwell Noir, and I've been absolutely enamored with video games for as long as I've been able to hold a controller. So naturally, over the years I ended up taking an interest in writing about them. When I'm not buried waist-deep in a digital world, or writing about my adventures within them, I can be found somewhere in the analog world, trying to apply what I've learned to life. (Yes, life IS a game.)
@@MaxwellNoir
Previous Wayforward Announces Watch Quest for Apple Watch
Next amiibo Update: More Rare amiibo are Being Made for a U.S. Release