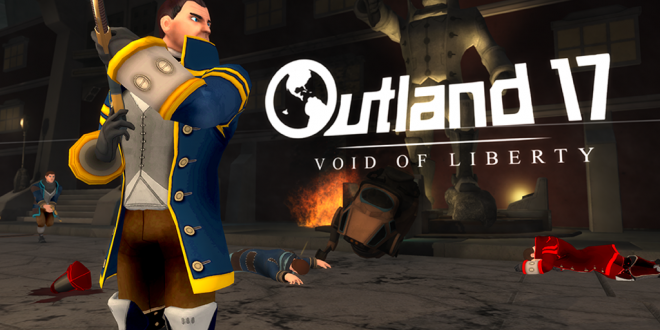 Today’s game of choice is Outland 17: Void of Liberty. Every once in a while a game comes around that tickles my love for historical fiction. Outland 17 takes place during the American Revolutionary War, although it is set far in the future. To be frank, the story is what really got me interested in having a closer look at the game. This is definitely not to say that the visuals or the gameplay are stale, as they both look great as well, but I really like what Grenade Tree is doing with the twisting of the historical timeline. It’s nice to see a bit of a departure from typical sci-fi and having a bit of flavor injected into the genre.

When it comes to the actual meat of the game, Outland 17 does not disappoint. The game contains a full character progression system that tailors itself to your playstyle. Whether you prefer charging in head first, or sitting back and picking enemies off slowly, the game will detect this and offer you abilities that relate best to your preferred style as you level up. Every character that joins your party will be able to use any weapons and gear that you would like them to have. Outland 17 has no preset roles for party members, and encourages player to experiment and customize their team to best fit their needs. Not only are the party members able to be customized, but the weaponry as well. Outland 17 features 5 main weapon types, ranging from muskets to swords. Each weapon type can be customized to attain the exact result that you would like and to make sure that it best fits the role of the party member who will be using it. 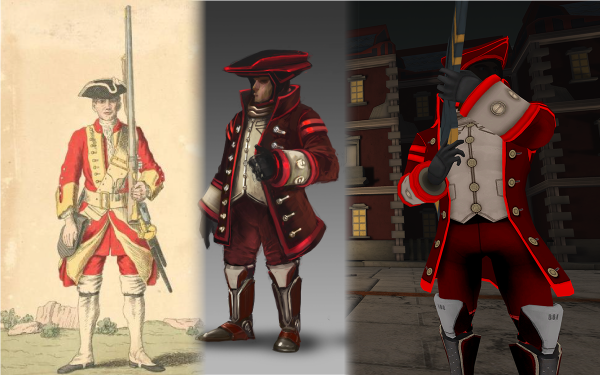 In terms of mission design, each mission is expected to take between three and eight minutes. This means that Outland 17 will be accessible for new players as well as provide a short experience for those of us who just would like to hop in, play a few missions, and hop out. Another way that Grenade Tree is adding to their accessibility goal is by removing the tile system that many tactical games have. Instead, it is replaced by a movement system quite similar to X-COM Enemy Unknown. Each player has a designated move amount that is indicated by a highlighted area on the floor, and players can click where they would like to move instead of having to calculate their distance based on single tiles.

All in all, Outland 17 seems like a solid effort when it comes to the tactical turn-based genre. Not only is the game enjoyable, but it provides an interesting setting and story to go along with enjoyable core mechanics and a pleasant visual aesthetic. If you’re itching to get your hands on Outland 17, there is a demo available that you can try out right now. After giving the game a try, be sure to visit their Greenlight page and leave a vote and some constructive feedback. If you are really behind the concept of Outland 17, give their Kickstarter a look and consider leaving a contribution to assist with development costs and to guarantee yourself a copy of the game when it’s released.

Edit: If you try the demo, be sure to run a character with only grenades and health kits if you’d like to have some fun.

I enjoy playing pretty much any type of game out there. My passion lies in finding the gems of the indie gaming world. When I'm not playing games, I'm programming them, at the gym, or tending to my small army of cats. Writing has always been a part of my life and I'm grateful for the opportunity to get my content out there for people to see.
@spf0227
Previous Slow Down, Bull: Insomniac Games’ First PC Release
Next Wayforward Announces Watch Quest for Apple Watch