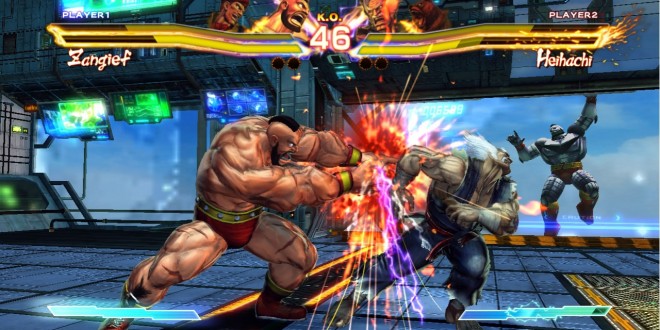 Ultra Street Fighter IV’s long awaited PS4 release has finally had its date confirmed today by the Playstation blog. While some of us may roll their eyes at Capcom selling us another Street Fighter port, there are plenty of fans out there that have been waiting for this announcement so that they can finally play all of their new favorites on one next-gen console. The port has been placed into the hands of Other Ocean Interactive, and is set to release digitally on May 26th.

Ultra Street Fighter IV will go for $24.99, and will come with all of the downloadable content that’s been released thus far. This is a decent deal for the fan that’s just looking to play the game on PS4, and an absolute steal for someone who’s interested in the game that doesn’t own it yet. For the tournament crowd, the minor input lag that was present in the Playstation 3 version of the title has been removed. Whether or not this game will support older peripherals is in the air, though with Mortal Kombat X and Skullgirls Encore being able to support last-gen fightsticks, the possibility is definitely there.

For now, there are only a few screenshots of Ultra Street Fighter IV’s port available, so we’ll have to wait to see the game in motion to see if there are any improvements as far as framerate, or resolution go. In the past, Other Ocean interactive has handled other ports just fine. We’ll see how well they treat Ultra Street Fighter IV in due time.

My name is Maxwell Noir, and I've been absolutely enamored with video games for as long as I've been able to hold a controller. So naturally, over the years I ended up taking an interest in writing about them. When I'm not buried waist-deep in a digital world, or writing about my adventures within them, I can be found somewhere in the analog world, trying to apply what I've learned to life. (Yes, life IS a game.)
@@MaxwellNoir
Previous Even the Ocean is…
Next Beowulf joins the Skullgirls Encore roster today!