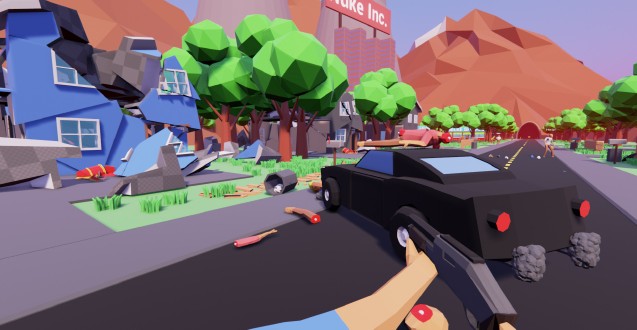 Today’s Greenlight standout is Garbage Day, an open world sandbox game where you control a man who is stuck in a Groundhog Day-esque timeloop, meaning that he lives the same day over and over. The first thing that came to my mind upon seeing this idea is that there are no consequences for actions. No matter what you do in the game, you will always wake up to the same day without having to receive punishments for your action on the prior iteration of that very same day.

Garbage Day prides itself on its ability to allow to player to participate in almost anything that they can think of. From making breakfast, to watching movies, to slaughtering hundreds of innocent civilians, the possibilities of Garbage Day are endless, and the developers claim that players will be surprised by how much there actually is to do in their world. 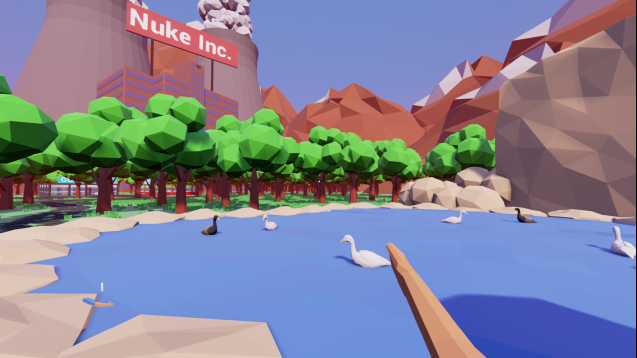 The story begins in an average town that is powered by nuclear power. However, after an accident at the power plant, you find yourself waking up to the same day over and over again. Your goal is to find out why you are experiencing this phenomenon, as well as to figure out what is causing it and put a stop to it. The game allows you to take on this challenge in any way you’d like. You can remain a friendly and helpful citizen, or choose to rain destruction and take out anger on your fellow citizens (NED?! NED RYERSON?!). The game even allows you to follow your normal daily routine by getting in your car and driving to work in order to make a little bit of money.

On top of these open-ended gameplay mechanics, Garbage Day also presents a very well-done low poly art style. I really am a big fan of the low poly style that is being used lately with a lot of games, and Garbage Day is no exception. I think that this art style keeps the amount of violence possible in the game just the right amount away from reality to prevent sensitive players from having an issue with the killing of innocents. 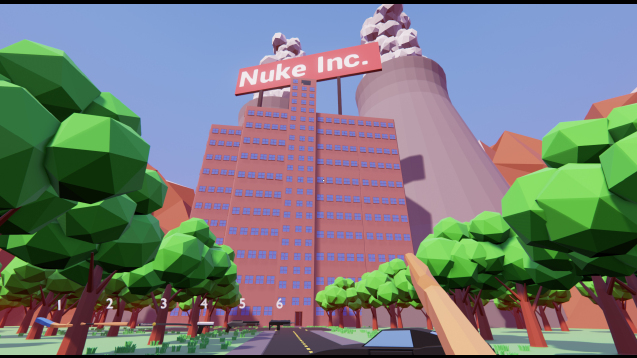 With an interesting visual style and endless possibilities for things to explore and try, Garbage Day seems like a wealth of content. I can definitely see the game being a huge time sink for those of us who are into exploring every corner of a map, and I’m very interested in getting my hands on the game and seeing how it plays. If you like the idea of Garbage Day, I would highly, highly recommend taking a look at their Greenlight page and considering leaving a vote as well as some solid, constructive feedback. Feedback is crucial to development, especially for a solo project such as Garbage Day, so do your best to explain why you do or do not like the game. Also, be sure to follow Svajunas Zemaitis, the developer, on Twitter, where he regularly posts videos and screenshots of Garbage Day.

I enjoy playing pretty much any type of game out there. My passion lies in finding the gems of the indie gaming world. When I'm not playing games, I'm programming them, at the gym, or tending to my small army of cats. Writing has always been a part of my life and I'm grateful for the opportunity to get my content out there for people to see.
@spf0227
Previous Chrome OS adds Google Now functionality to Chromebooks
Next Releases for the Week of April 19-25, 2015