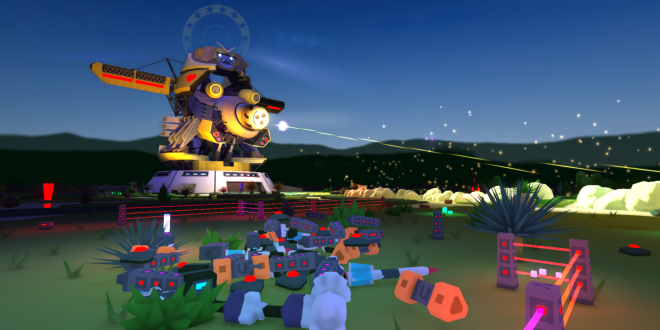 OBEY was a game that I had not heard of until just a couple of days ago. The game was introduced to me by Dez, the sole developer, through Twitter, and he was gracious enough to invite me to a play session. OBEY was simply described as an asymmetrical multiplayer game based on deceiving your opponents in order to achieve victory. The game has been in development for almost two years, and is finally nearing the point where it is ready to be released onto Steam Early Access.

The first thing I did upon launching the game was to hop right into the tutorial. The tutorial does a very solid job of explaining the controls and some of the core mechanics of the game, but I was still a bit confused upon entering my first match. However, I did not let this prevent me from entering the match with an open mind and the willingness to learn the game. Upon completing my first game, I realized that OBEY is impossible to explain through a tutorial. Because the game relies so heavily on player interaction and deception, it is impossible to simulate in a tutorial environment and must be learned through actual practice with the game itself. Thus, the game does a great job of teaching the controls and explaining the functions of the various items, but the best way to learn is to get in there and play. 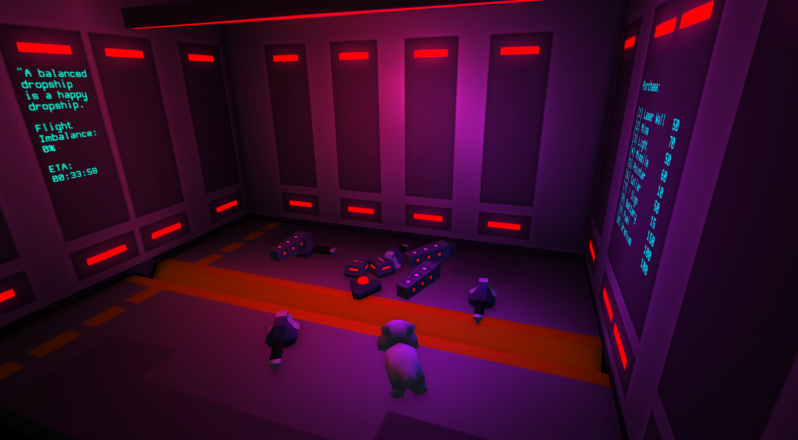 OBEY’s main focus is earning enough money to be considered victorious. This amount can be set by the host of the server, but we played to 10,000. Each player spawns as a bunny, and there is currently a ridiculous maximum for number of players, something like 128. However, it was told to me by Dez that the ideal numbers are 4 for beginners, and 5-8 for advanced players. He regaled me with an experience of playing with 12, but said it was almost impossible to keep up with such a large amount of bunnies. At the beginning of the match, each player spawns in and attempts to make a mad rush for the robot, because the player who controls the robot not only controls the remaining bunnies, but also earns money at a faster rate. Inside of the robot, you will have to keep an eye on all of the remaining bunnies or risk being subverted and losing control of the robot. There are many ways to control the bunnies, either through paying them, which you can do by placing 50 of the currency near them that they can then collect, or through brute force and coercion. The most successful strategies often involving keeping the bunny players happy enough that they do not try to subvert you.

Controlling the bunnies in OBEY can be an extreme challenge, but there are many items to assist you in keeping an eye on your minions. As the robot, you can purchase items such as uranium, which is used to gain money, tracking collars, and sensors. Most robot players force their bunnies to wear these tracking collars at all times in order to keep an eye on their location. The bunny has the choice of whether or not to keep the collar on, however, and I saw many a player do a chuck-and-run before the robot could notice what happened. The sensors provide motion detection in the area that they are placed. This brings up an interesting pickle, which is that only the bunnies can place items, which come in through a dropship. This means that if you want those sensors placed, you must bribe a bunny to do so. This goes hand-in-hand with keeping your bunnies happy, so that you will have other players who are willing to help you. 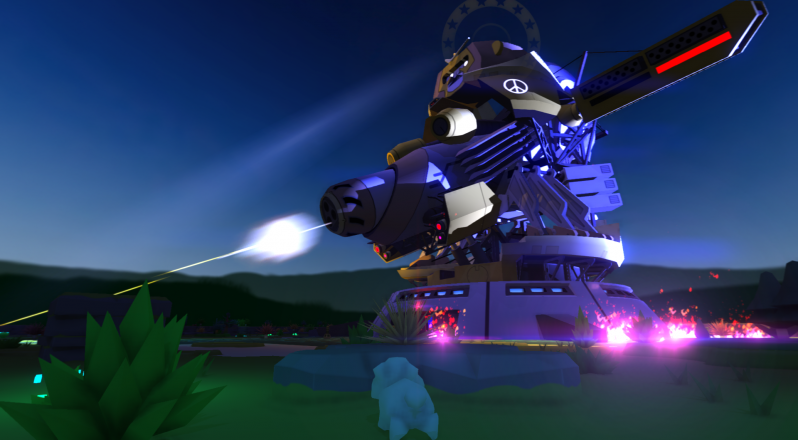 Another important mechanic to understand with OBEY is the dropship. Each match begins with a dropship that drops by every few minutes in order to deliver purchased supplies, as well as bunnies that have respawned. However, bunnies who respawn in the dropship can purchase enough uranium to weigh down the ship and crash it, which is a pain because it is expensive to replace, and also means that any bunnies that are killed are able to respawn randomly around the map, instead of showing up at a designated drop location. Whenever a bunny dies, a corpse is created that can be placed in the feed box in order to cause the robot to lose money. This mechanic helps prevent the robot from just aimlessly murdering bunnies, as they will have to worry about the corpse buildup that will inevitably occur.

Earning money in OBEY takes both skill, deception, and intelligence. While you gain a bit of money over time, the real profit is to be made by delivering items to the robot, which he or she will then pay you for accordingly. Also, many robots tend to deliver tips to their more loyal followers, and being a good bunny is a solid way to achieve victory. The robot must carefully manage their funds by paying bunnies less than what the items are worth, and this allows them to make a profit as time goes on. As stated earlier, victory is achieved when a player reaches a set amount of money. 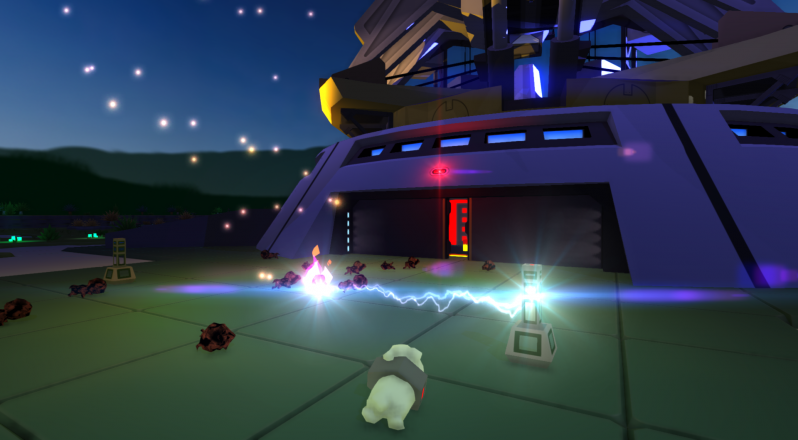 To be frank, OBEY is one of the most creative and innovative games I have played in quite a while. I am not one for multiplayer typically, but I found myself sad when everyone logged off for the night. The community is small now, but everyone that I’ve encountered has been extremely friendly and really do well to get into the game and get some good lying going. Dez, the developer, is on almost every night (if not every night) and he is more than happy to play and talk about the game with players, so I highly recommend saying hello if you hop in. OBEY is a simple game to understand, but has so much depth and such a huge number of strategies that one could play for years and still not see everything. One of the most fantastic things of OBEY is that it is a player-driven game, which means that each group that you play with will have a completely different feel depending on personalities and how people like to play.

I could go on for days about various items, strategies, and various tips on OBEY, but it’s better if you see for yourself. OBEY is available currently through its official site for $17.99, which is a steal for the amount of game you’re getting. It will also be available in a few weeks through Steam Early Access. I could not recommend OBEY anymore than I have already done, so definitely consider taking the time to view the videos and browse the website. If you decide to grab a copy, be on the lookout on Dezs’ twitter for announcements when games are starting. However, if the community grows large enough, which I’m sure it will, games will be happening at all hours.

I enjoy playing pretty much any type of game out there. My passion lies in finding the gems of the indie gaming world. When I'm not playing games, I'm programming them, at the gym, or tending to my small army of cats. Writing has always been a part of my life and I'm grateful for the opportunity to get my content out there for people to see.
@spf0227
Previous Better ranking: get your mobile friendly on
Next Why Heroes of the Storm Could (Not) Be The Next Big MOBA