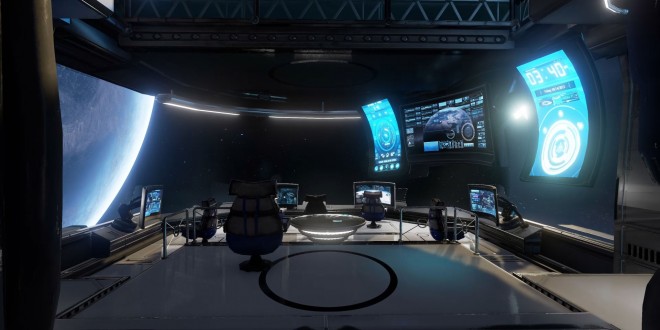 Galaxy Heist Wants You to Become a Space Pirate

When it comes to the collection of games that allow you to control space ships and do some galactic exploring and conquering, there is definitely no shortage to choose from. From the more serious space simulation games to the casual fly around and destroy other ships, space is one of the most popular settings for games. Galaxy Heist takes that typical formula for creating a fun space shooter and adds a first-person shooter twist to it. These two genres combine to create an experience that cannot be described as anything else other than amazing.

Galaxy Heist wants to turn you into a space pirate, allowing you to take part in epic multiplayer battles with the goal of salvaging and/or stealing goods and other commodities from other players’ ships. Each match of Galaxy Heist begins with every player in a space ship of some design. There are large ships, which can support up to five players working together to control it, and there are smaller fighters which can be piloted solo and can be used to support the larger ships in combat. If you are one of the players in one of the larger ships, you will be able to control various parts of the ship such as the turrets, cannons, and the boarding tether. If you somehow find yourself on an incompetent team (which is obviously unheard of in multiplayer games), then you will have the ability to eject from your ship and join another nearby. 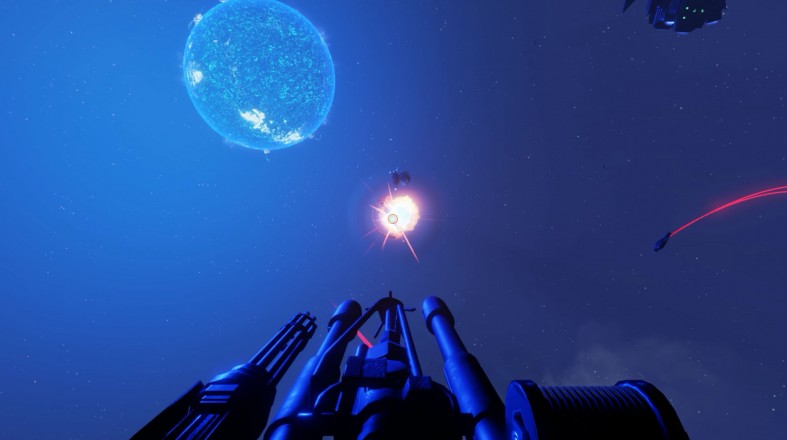 One of the more interesting mechanics of Galaxy Heist is the ability to board enemy ships. While you are inside of a large ship, you or one of your crew members will be able to fire a boarding tether to gain access to the interior of an enemy ship. This completely changes the gameplay, and spawns your squad in a bridge connecting the two ships, and the enemy squad on the flight deck in order to defend against your attack. Each ship has a unique interior which calls for its own unique strategy in order to take control of the ship. On top of having unique interiors, each ship can also feature some of many interactive features, such as the ability to blow out windows and suck players into space. However, doing so requires the oxygen system to be turned on to prevent everyone from dying on board. I found it a bit confusing when it comes to what exactly happens if the boarders defeat the defending team, however it seems like this just destroy that particular ship and sends the boarders back to their ship.

In terms of its visual style, Galaxy Heist does a great job of providing gorgeous space atmosphere as well as beautifully shiny and sleek ship interiors. While I don’t typically find myself worrying much about graphics in games, I do have a high standard when it comes to space shooters. Outer space is a place full of beauty and wonder, and I feel that Galaxy Heist does a great job capturing that natural beauty while also adding a nice sci-fi spin to the visuals. Looking at the character models, it is clear that a lot of time and effort was put in to ensure that there are of extremely high quality, and I can say that I am overall very impressed with Galaxy Heist from an art standpoint. 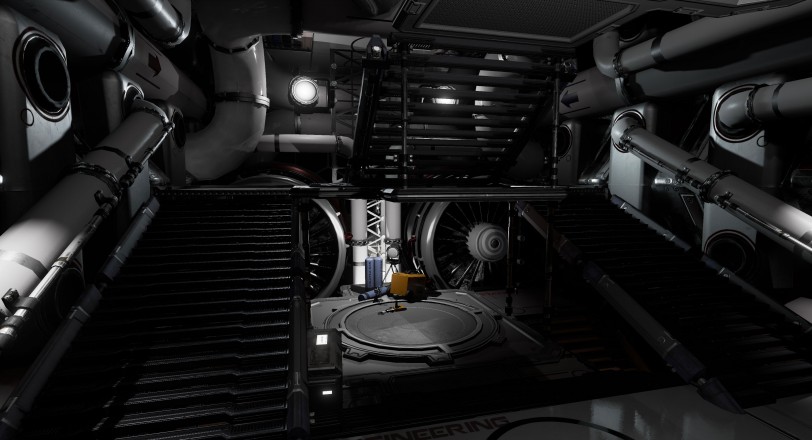 Finally, while I really love the concept behind Galaxy Heist, I have to wonder what sort of game modes they are planning to feature. Since the game seems to currently be in alpha, I was hoping to find at least some indication of if there are more than one game mode, but I was unsuccessful at doing so. I will definitely attempt to contact the developers and see if I can get an answer to that question, because I think that having only a deathmatch-style mode will definitely prevent me from enjoying the game as much as I would if they feature some objective game modes as well. I would be interested to see how these would be incorporated into the gameplay, and I think it would make for an entertaining design challenge. However, other than the potential lack of game modes, I feel that Galaxy Heist has the potential to be a fantastic title, and I really cannot wait to have the ability to get my hands on it. If you’re interested in learning more about Galaxy Heist, check out their website, where you can sign up for email notification when the beta begins, and follow them on Twitter to be kept up-to-date.

UPDATE: I have received confirmation that they are definitely planning to have multiple game modes. This is fantastic news, and gets me all the more excited to get a chance to play Galaxy Heist.

I enjoy playing pretty much any type of game out there. My passion lies in finding the gems of the indie gaming world. When I'm not playing games, I'm programming them, at the gym, or tending to my small army of cats. Writing has always been a part of my life and I'm grateful for the opportunity to get my content out there for people to see.
@spf0227
Previous Heroes of the Storm gets release date
Next Google Wireless going live soon, with pay per MB system