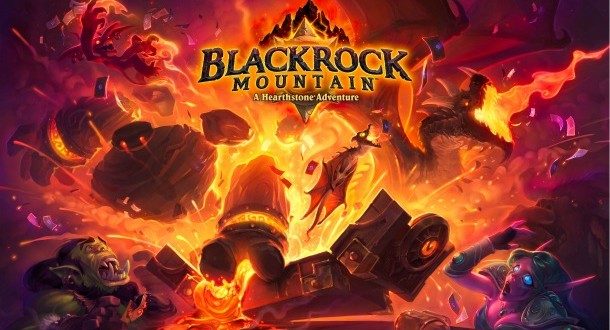 On Thursday, the fourth wing for Hearthstone’s newest Adventure, Blackrock Mountain, was released. Over the past few weeks, Hearthstone players have had the opportunity to play single-player Hearthstone encounters based on one of the most iconic zones in World of Warcraft. The past wings have included Blackrock Depths, Molten Core, and Blackrock Spire. The Adventure continues this week with the release of the newest wing, Blackwing Lair.

Based on a forty-man raid during Classic WoW, Blackwing Lair is home to Lord Victor Nefarius and his minions. When playing through this raid in Hearthstone, you will first have to defeat Nefarius’ lieutenants, which include Razorgore, Vaelastraz, and Chromaggus. Once you have defeated all of them, you may challenge the lord of Blackwing Lair himself. After completely clearing the wing, if you are looking for more of a challenge, you may attempt to defeat each boss on the much more difficult Heroic difficulty.

If the Heroic difficulty is not something that interests players, there is still more content to for them to enjoy. After they have defeated Lord Victor Nefarius, they will unlock two new Class Challenges. These Challenges allow them to play as either a Warlock or a Rouge in a very specific scenario designed to show off the specific mechanics of each class. Upon completion, players will be rewarded with a new class-specific card for the respective classes.

With seven new cards available, Blackwing Lair is an exciting way for players to earn powerful cards to use in their decks. Furthermore, the Heroic difficulty has the potential to entertain players for hours with a frustrating, yet incredibly rewarding challenge. If you are interested in experiencing the Blackrock Mountain Adventure, each wing is available for purchase with either 700 gold or $6.99. Alternatively all of the wings may be purchased for the price of $24.99.

When I am not studying, I spend most of my time playing games or following various eSports events. Primarily play PC games, particularity MMORPGs and MOBAs
@TeddyGamer55
Previous Microsoft and the HoloLens
Next iOS Spotlight: Adaline – An adventure of stealth, skill and cats