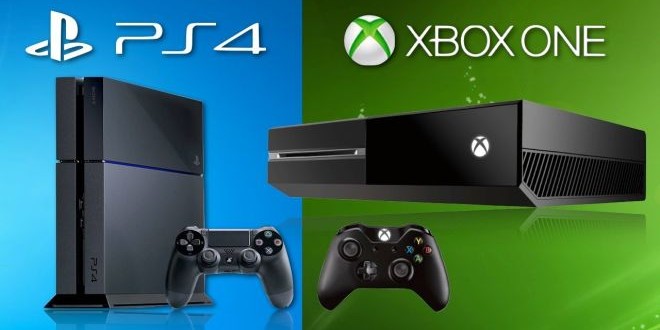 PS4 vs XB1 – Which has better AAA Games

Weren’t we all taken aback when we heard that Street Fighter V would be a PS4 exclusive! That being said, I was personally more surprised about Killer Instinct’s revival on Xbox One, after around 17 years since the last game’s release on the Nintendo 64. And even more surprising is that it is actually very good! If you want to get technical, you could deem it as a free to play game, but as the free version only grants you one character, I’m inclined to disagree. Too early to call this one on whether Street Fighter will be better as it won’t be out till spring, 2016! So for the time being, looks like Xbox One is your best option for fighting games.

The highly anticipated fourth game in the epic Uncharted franchise shall be upon us soon enough. Since last-gen, Naughty Dog have been top dog in this genre but it would appear the tables have turned, as Crystal Dynamic’s Tomb Raider reboot now poses a legitimate threat and is a force to be reckoned with. And so, the announcement that the sequel, Rise of the Tomb Raider will be an Xbox One exclusive, must have Sony shaking in their shoes. Although it’s unlikely that Uncharted’s competitor will remain exclusive on Xbox One for more than a year, ultimately that is irrelevant, as either way you have two other massive exclusive AAA, cinematic third person shooters on top of that, over the next year or so for the Xbox One- Gears of War 4 and Quantum Break. Meanwhile only Uncharted 4 is standing up for PS4. There are multiplatform alternatives, like The Division and Metal Gear Solid: The Phantom Pain, but hey, we’re talking about exclusives here! The only niggle is that PS4 has The Last of Us: Remastered, one of the greatest games of this genre, but seeing as it came out on PS3 a year before, it seems almost redundant, and is old news. Those that have not played it yet, can do so on a much cheaper PS3 at merely the expense of framerate and resolution.

I’m going to look like a right fanboy here, but I can’t help it. Ratchet & Clank got a remastered trilogy just a couple of years ago. Do we really need to see the first game AGAIN? Sure, it will be a “re-imagining” based upon the upcoming, self-titled film, but that film is still based off the first game! Whereas, rumour has it that Rare are working on a new Banjo Kazooie game for Xbox One. If that is the case, and we don’t have another Nut’s & Bolts on our hands, then it’s definitely an Xbox win here. However for the time being we’ll leave this hanging.

PS4 does not necessarily even have an advantage over XB1 with its childish/family-friendly games. You have the excellently in-depth, if somewhat been-there-done-that, Littlebigplanet, and the not-so-excellent Knack. XB1 has the not-so-excellent Zoo Tycoon, the excellent Project Spark and tons of Kinect games like Fantasia Music Evolved, Kinect Sport Rivals, Rabbids Invasion and so on, which let’s face it, are going to appeal to kids more than what PS4 has.

That is all done and dusted. And so, here’s the summary:

(including tie & n/a at half a point each)

Now has this been unfair? Very! I excluded a multitude of independent games and that is an area in which PS4 has a clear victory! And I would be remiss to pretend that some of them aren’t big deals, such as No Man’s Sky (which I still don’t see the point of but everyone’s losing their minds over hyping it so I must be missing something) and, frankly, one of my most hyped games of the generation… WiLD! I will even include a trailer here for you to witness its glory.

This to me, is a system seller that I am dying to play. The trailer may reveal very little about gameplay mechanics but it does a lot to engross you into a vast, diverse and downright gorgeous world.

But aside from WiLD and Bloodborne, Sony have not given a real reason for AAA fans to pick the PS4 over the Xbox One-and yet around 20 million have done it nonetheless. Perhaps a big portion of those people are there for the indies. That is not to say Xbox One is without its exclusive or console-exclusive indies but PS4’s indie scene is truly thriving, whereas Xbox One’s advantage comes in the form of its first party and console exclusive AAA/big-budget titles. At least for the next year or so, but if I’ve learned anything about the games industry, it is how unpredictable it can be and how the tables can be turned at just a moment notice.

These are all my own opinions and do not represent those of LTG, but how do you feel about the AAA libraries this generation? Perhaps you feel I have been unfair to the PS4 side, or maybe you agree with me? Let me know in the comments section below!

Steve belongs to a species of gamer whose natural habitat is England. He is a rare animal that is most commonly found hibernating in front of a tv with a controller in his hand. Occasionally he is spotted at the pub with the rest of his pack (he's definitely the alpha male). He makes growling noises while playing guitar, to show dominance. He's a dangerous mammal that will rip a game to shreds if it rubs him the wrong way, but he's a lovable creature at heart that likes hugs and pizza.
@acraftyape
Previous The Best Way to Play Final Fantasy on the Go
Next Steam Greenlight Spotlight: Nature’s Zombie Apocalypse