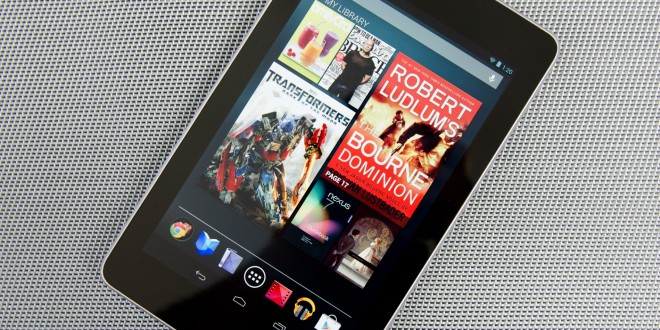 Google has reported its revenues for Q1 earlier this week, and from their reports, it turns out that the Nexus line-up has seen a slight decline in popularity and performance among tech enthusiasts. The news comes in the eve of the Nexus 7 being discontinued in the Google Play Devices Store, as many people frown at the move. Even though the Nexus 7 is considered to be outdated, as the newer Lollipop updates virtually made everyone angry at Google for releasing a software that made the Nexus 7 almost unusable, alongside the Nexus 5, its smartphone counterpart. As the Nexus 7 cannot be ordered from Google starting today, people who are still interested in the tablet may check out Amazon or Ebay if they’re set on buying one new or even used.

The discontinuation of the Nexus 7 doesn’t have anything to do with the revenue reports coming in from Google, but it does demonstrate and provide proof for what these reports unveil. According to Google, their revenues have not seen a steep decline, but they do reflect that people have lost interest in the Nexus line-up of devices since the Nexus 6 and Nexus 9 were launched in Fall 2014. Most people attribute the lack of popularity and interest of the Nexus 7, as well as the entire Nexus line-up to the choice of pricing for the new additions to the line-up.

The Nexus 4, Nexus 5 and Nexus 7 in all addition, even the Nexus 10, were an example set by Google when it comes to pricing. These devices offered high-end hardware at the time of their launch, for a fraction of the price that other companies selling similar products had set. People appreciated the Nexus 7 and the Nexus 5 most because they were affordable and powerful, stock Android alternatives to mainstream tablets and smartphones that would cost way more. That was not the case with the Nexus 6 and Nexus 9. Google chose to not compromise on these newer releases, but raise the price instead.

To give you an example, the Nexus 7 is a great tablet to use for Google Services, entertainment and social media, but it compromises on the camera and on the display a bit, all the while keeping it rather compact, even though the design is not the most flattering of them all. The plus that came with the Nexus 7 was its price, which was below $200 for the Wi-Fi version. All in all, the reviews and opinions about the Nexus 7 were overwhelmingly positive, so it’s sad that we need to wave goodbye to the device. It did have a long run, though as it was launched in July 2013.

Patrick Pichette who was a speaker at the Google Q1 earnings call of this year emphasized that the Nexus program is not doing that well, but he didn’t imply anything about the program being cancelled altogether, which is good news. Our opinion is that Google might be better off launching affordable gadgets that can rival with the competition, because fans seem ok with a couple of compromises when it comes to performance. As long as the next Nexus tablet and smartphone will be affordable and powerful, most fans say they wouldn’t mind a heavy, blocky design with a bigger battery and an FHD display in case of a smartphone, for example. That’s just what we’ve gathered from fans, but what are your opinions on what Google should be doing with the Nexus line-up?

My life-long dream has been to test out every gadget on the market! Considering the fact that I've rapidly destroyed almost every gadget I've had so far, I'm not inclined to owning something, so my ideal outcome would be to have a different gadget each month. I'm really into smartphones, wearables and tablets and I love Playstation and Xbox, I'm sure I'll beat you at your own game (after a month of training... or two)
Previous HTC Butterfly 3 comes in with QHD display, 20 MP camera
Next Xperia Z3 back in T-Mobile store for $500, $130 discount