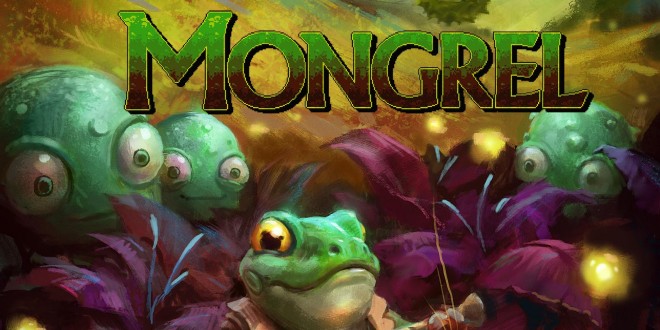 Today’s Greenlight Spotlight is on Mongrel. Mongrel is a metroidvania platformer that is described by the developers as a mix between “Conker’s Bad Fur Day and Cave Story”. I will definitely admit that at first glance, the game didn’t look like much to me. As the days went on and I began seeing it time and time again, I revisited the page a few times and eventually decided to look into the game in more depth. This led me to find a game that not only looks extremely fun, but features a silly bit of storyline to go along with what looks like entertaining platforming gameplay.

Mongrel’s story focuses on a young half-human, half-frog (I don’t want to know) named Finch who has been blessed with skills that other frogs do not possess. When the village is in need, Finch is the obvious choice to go on a quest to find the lost logan stones. His cocky personality makes him revolting to his peers, but he is their only hope to find the stones because of his arsenal of powerful abilities. 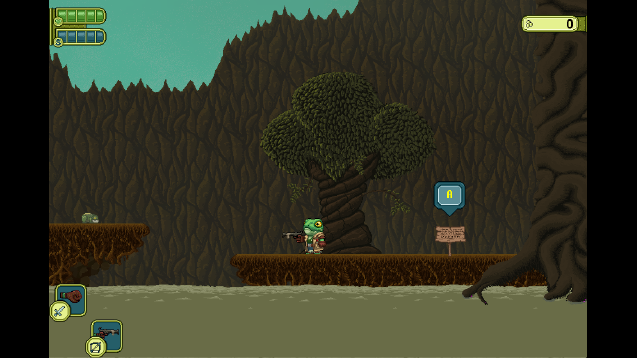 One thing I will say in criticism of Mongrel is that the animations definitely need a lot of work. The animations were one of the things that turned me off to the game in the first place. However, don’t let this deter you from the game, as if you take the time to look under the hood, so to speak, you’ll notice a game brimming with possibilities. Interestingly enough, one of their stretch goals on Kickstarter is to hire a professional animator, which will do wonders to improve the visuals of the game, and will take care of my issues without much of a problem. When we’re looking at indie games, it’s often important to remember that the budgets are almost nonexistent, so professional-quality visuals are often unexpected, especially if the team is lacking specialists in those particular areas.

All in all, Mongrel looks like a solid entry into the Metroidvania genre. The different weapons, environments, and abilities showcased in the trailer are just a small bite of what we can expect from the full release, and I’m definitely looking forward to seeing what other creative ideas Fischmell can come up with for Mongrel. If you’re interesting in having a better look at Mongrel, be sure to have a look at their Greenlight page, where you should consider leaving a vote and some constructive feedback. Also, have a look at their Kickstarter and leave a contribution if you’d like to support Mongrel’s development.

I enjoy playing pretty much any type of game out there. My passion lies in finding the gems of the indie gaming world. When I'm not playing games, I'm programming them, at the gym, or tending to my small army of cats. Writing has always been a part of my life and I'm grateful for the opportunity to get my content out there for people to see.
@spf0227
Previous Releases for the Week of April 26-May 2
Next Skyrim Outmatched by Witcher 3?